Since 2013, the Incheon Port Authority had spent 28 billion won ($24 million) to build the two-story terminal with 7,364 square meters of floor space. 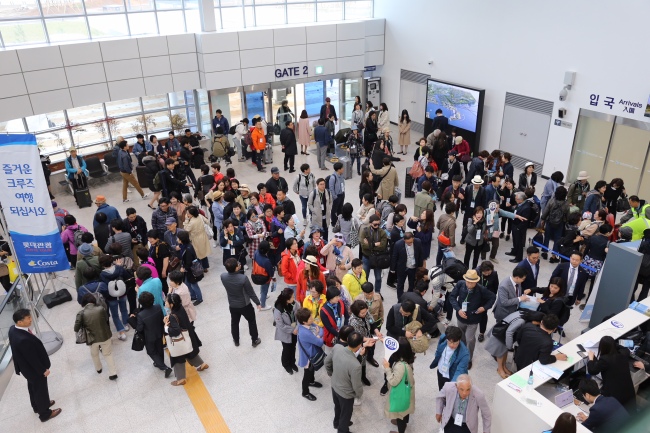 Passengers can be seen in the new cruise terminal in Incheon on Friday. (Incheon Port Authority)

“With the opening of the terminal exclusive for cruises, the port of Incheon has taken a leap forward as a cruise tourism base in Northeast Asia and as a gateway to marine transportation,” Nam Bong-hyun, head of the port authority, said Friday during an opening ceremony.

On the same day the Costa Serena cruise ship, which can hold 2,800 passengers and 1,100 crew members, left the port for the southern Japanese city of Fukuoka on a six-day voyage that will end in Busan.

The new terminal in Incheon is the largest cruise terminal in the nation, with the next-largest found in Busan, Seogwipo, Jeju and Sokcho. It is also the first terminal of its kind near the capital.