Technology is taking its toll on the digital generation, evidenced in the rise of ASMR, or particular videos designed for listening.

ASMR -- autonomous sensory meridian response -- is a relatively new internet phenomenon for disconnecting in an increasingly hyperconnected world. With ASMR, listeners are not looking to be entertained. They want to be sedated.

It’s the art of anti-stimulation. 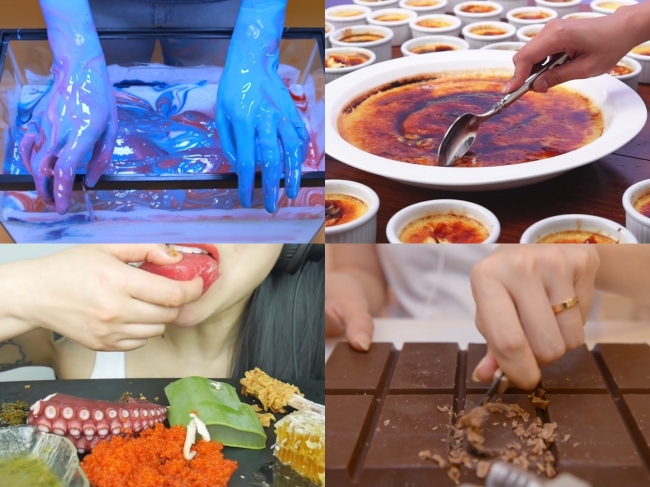 This image shows screenshots of some of the more popular ASMR videos on YouTube. One ASMR content creator, SAS-ASMR (bottom left), has 6.1 million followers on the platform.
Lee Dong-gwi, a professor of psychology at Yonsei University, said the trend of “underwhelming” content in recent years is a reaction to the “perpetual state of hyperconnectivity of our times.”

“You never catch a break from the smartphone in your hand. Your social media feeds are constantly competing for your attention,” he said. “More people are experiencing fatigue from having to deal with an excess supply of stimulation everywhere.”

Lee, who researches counseling psychology and psychotherapy, viewed ASMR listening as a meditative endeavor that allows one to stay in the moment and press pause for a bit on the everyday fuss.

On ASMR’s spike in popularity in Korea, Lee said the trend could be understood in the context of the collective burnout commonly cited in low-growth developed economies.

“Millennials here are undergoing an unprecedented job and housing insecurity,” he said. “They’re the generation of anxiety and exhaustion.”

Perhaps due to demand from tired millennials, auditory content is now gradually finding its niche in a digital content market dominated by visual media. “When you close your eyes, you are visually shut off from your surroundings. You’re in solitude,” Lee said.

But not everyone is into ASMR.

Bae Sung-beom and Kim Myo-ri, both 27, are two such people who “just don’t get” ASMR.

“I find it creepy,” said Bae, “like some random dude is whispering in my ear.” Kim said her reaction to a few ASMR videos was close to aversion. “Listening to someone eating makes me feel kind of sick,” she said.

On the other hand, there are those who say they definitely benefit from listening to the videos. Choi Kyung-jin, 28, who introduced herself as an ardent ASMR listener, said she started listening when she struggled with insomnia.

“I listen to all sorts of random sounds: bubbles popping, chewing snacks, or unwrapping plastic,” she said, explaining that ASMR production has branched off into multiple genres. “You could probably find one for just about every preference.”

Choi said she finds the repetitive nature of ASMR calming, and described her reaction as “falling into a state of oblivion, in a good way.” “You find yourself focusing on the sound, the rhythm, and it sort of gives you a relaxing chill — which I believe is what they call ‘the tingle.’” 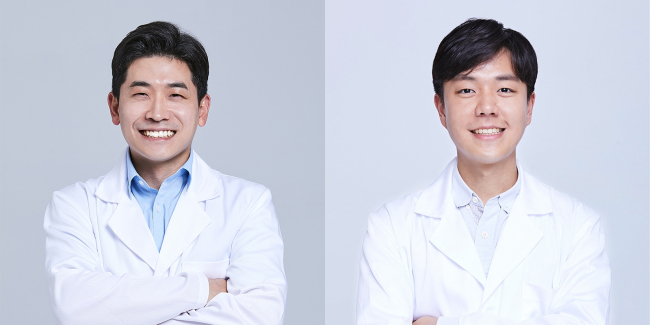 Psychiatrist Oh Jin-seung (left) and ear, nose and throat doctor Lee Nak-joon spoke to The Korea Herald about the health impact of ASMR.
Oh Jin-seung, a psychiatrist, called the tingling sensation “a subjective response to the auditory stimuli,” though it has not been defined in medical terms at this point. “ASMR is only in the beginning stages of discussion in psychiatry and its effects aren’t backed by enough studies to be corroborated,” he said.

He added, however, that a brain wave test has shown that alpha waves, associated with the brain’s resting and meditative state, are increased as opposed to beta waves, which dominate the normal, waking state, while listening to ASMR.

One possible side effect of using ASMR as a tool to induce sleep or just to relax is being conditioned and forming a dependence, Oh said. “When the situation is repeated, falling asleep could become a conditioned response to listening to ASMR, in which case dependence can develop.”

Ear, nose and throat doctor Lee Nak-joon has also warned ASMR producers of the dangers of straining their vocal cords. “Whispering is one of the most common causes of vocal cord nodules,” he said. As for ASMR consumers, he advised against listening to them for too long a period of time or while sleeping, especially when using in-ear earphones.

When asked why she enjoys ASMR so much, Choi replied, “Overthinking how ASMR works kind of goes against its essence.”

“The idea is a kind of content that doesn’t involve input on the user’s end in order to be enjoyed. It is a purely sensorial experience.”