The state-run online publication Uriminzokkiri denounced Seoul for lacking willingness to implement the military agreement signed by the two Koreas last year, as the South Korean military carried out a landing drill near Pohang, North Gyeongsang Province, on April 3 and another exercise in March that involved US Marines from the Pacific Command. 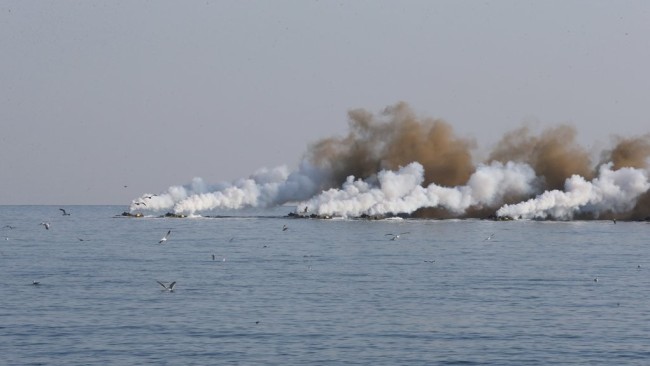 (Yonhap)
Such military drills stir up “grave concern and anger” and are actions that run counter to the people’s wish for reunification, the website said.

“Relation improvement is never compatible with military threat,” it said.

On March 4, Seoul and Washington conducted a smaller-scale weeklong joint exercise that replaced their major springtime Key Resolve drills. They had opted for the downscaled training program to support ongoing diplomatic efforts for the denuclearization of the Korean Peninsula.

Moon and Kim agreed to halt “all hostile acts” against each other and “practically eliminate the danger of war.”

Meari, another propaganda website, carried a similar article, slamming the deployment of US Marines as “a provocative act” and “playing with fire to hurt people of the same race.”