Global K-pop sensation BTS is on its way to score its third No. 1 on the Billboard 200 album chart with their latest, staggeringly popular new record, which was released last week, Billboard's official website showed Tuesday.

"Industry forecasters suggest the set, which was released on April 12, could earn between 200,000 and 225,000 equivalent album units in the U.S. in the week ending April 18," Billboard said in a posting uploaded on Monday (U.S. time), reporting that the septet is "bound for No. 1" on the main album chart. 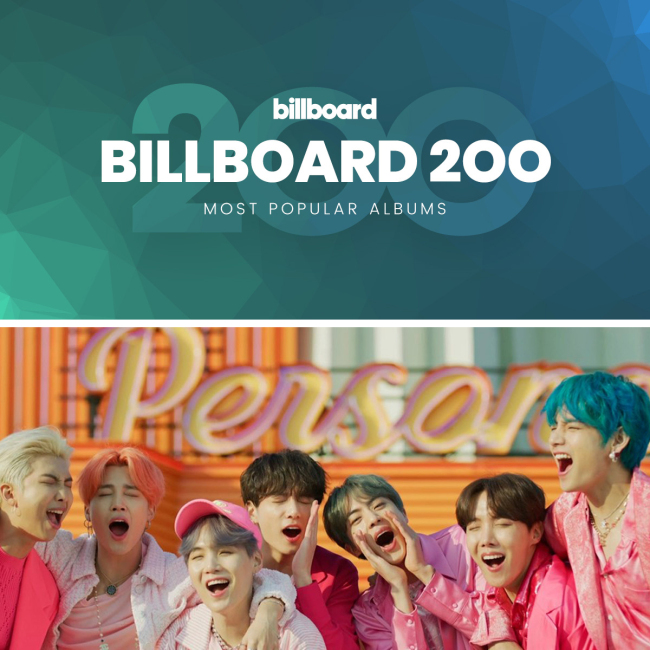 (Billboard, Big Hit Entertainment)
"If the album opens at No. 1, it will mark the third leader for the act, following 2018's 'Love Yourself: Answer' and 'Love Yourself: Tear,'" Billboard said.

The Billboard 200 chart is the weekly list of the world's most popular albums, measuring physical album sales and online streams.

Billboard is scheduled to reveal, on April 21, the chart's top 10 artists for the week of April 27, where the Korean band is expected to come out on top.

The Billboard news came a few days after the latest seven-track EP, "Map of the Soul: Persona," was released Friday. It immediately fascinated the world, with the music video of the main track, "Boy With Luv," becoming the fastest YouTube video to garner 100 million views. It took less than 38 hours for the band to top the milestone.