The nine-piece girl group held a concert in Nagoya Dome, as part of the last leg of the “Twice Dome Tour 2019 #Dream Day” that spanned three cities and five concerts. It was packed with fans who sent messages of support to the singers.

Fans had also received a treat as officials at the band’s agency JYP Entertainment had released information about Twice’s upcoming new releases after the performance. 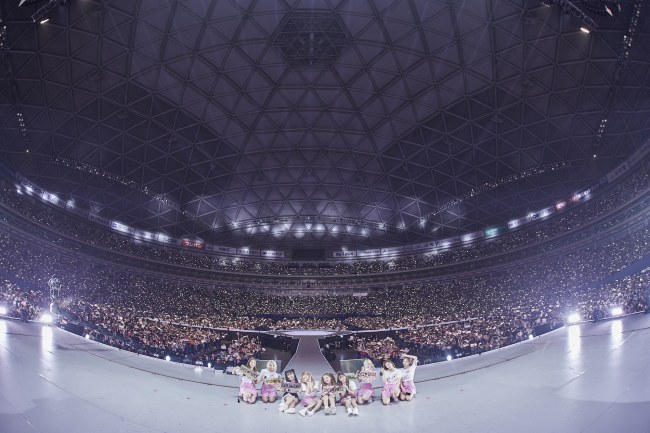 Twice performs during a concert at Nagoya Dome in Japan on Saturday. (JYP Entertainment)

According to JYP, two singles, “Happy Happy” and “Breakthrough,” are to be released in July in Japan on July 17 and 24 respectively.

Twice has seen its popularity surge in Japan, continuing its winning streak since the release of its first album in the country, “#Twice.”

The group is slated to return to the Korean stage later this month.