Crowded on weekdays and weekends alike, Ikseon-dong is imbued with the fashionable ambience of a particular time in modern Korean history: the late 19th to early 20th century period of modernization termed “Gaehwagi.” 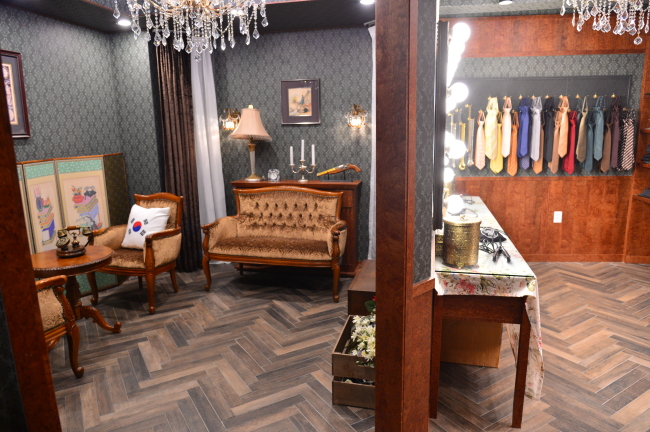 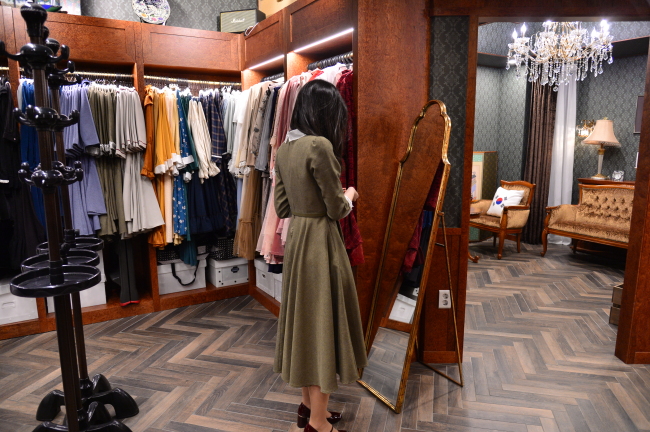 Ikseon Boutique is fairly new to town, having opened its doors in September last year. The store’s manager Koo Ji-yeon told The Korea Herald the wide-ranging customer demographics, from teens to senior citizens of various nationalities, attests to the period fashion’s universal appeal. Hit 2018 TV series “The Hymn of Death” and “Mr. Sunshine,” both set in the first half of the last century, helped boost the trend, she said.

The boutique offers a wide selection of attire, accessories and shoes for a complete head-to-toe period dress-up. It is also equipped with a Gaehwagi-themed studio where visitors can take souvenir photos.

Luca Kay chose a checkered suit and matching beret to borrow a look from “Mr. Sunshine,” which he had watched in his home country of Taiwan. 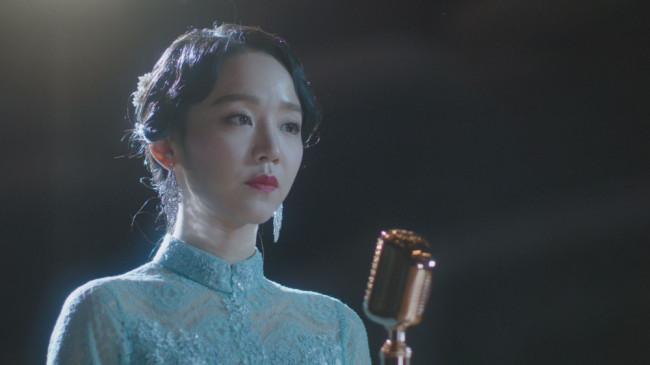 Scene from 2018 TV series “The Hymn of Death,” set in early 20th century Korea (SBS)
“The drama was my motivation to visit here,” the tourist said. “This is like (what I) saw in the show.”

A customer in her 30s said she recently grew fond of the Gaehwagi style, characterized by the classic Jazz Age bobs and cocktail hats. She came to like it more after learning about the feminist struggles in fashion, she said.

“The Westernized fashion symbolized modern-generation women, who had access to higher education and were admitted entry into the workforce,” said the graduate student, who declined to give her name. Western clothes were a symbol of “modern girls” or the “new women” of the time -- a new generation of educated women.

Explaining the recent fascination with Gaehwagi, Hong Na-young, a professor in the fashion industry department at Ewha Womans University, said revisiting cultures that came before part of the natural cycle of fashion.

“People tend to be fascinated by fashion trends of a much earlier time, and find that of a closer past tacky and outdated,” she said.

As for the newfound fashionability of the modern-girl look, Hong explained that the “new women” were admired for being cultured and well educated, but at the same time they were derided for betraying the traditional concept of an ideal woman: obedient and reserved.

“The Korean women clad in Western fashion -- short-haired and legs bared -- represented a breakaway from convention of the time.”