US than 130,000 times since its release more than three months ago, the book's South Korean publisher said Tuesday.

The translated version of the book by Cho Nan-joo hit the Japanese market on Dec. 8 and immediately went into a second printing the next day.

On the fourth day of its release, the novel went into its third printing, and it has since surpassed 130,000 copies in three months, its Korean publisher Minumsa said, quoting data from Chikuma Shobo, the Japanese publisher. 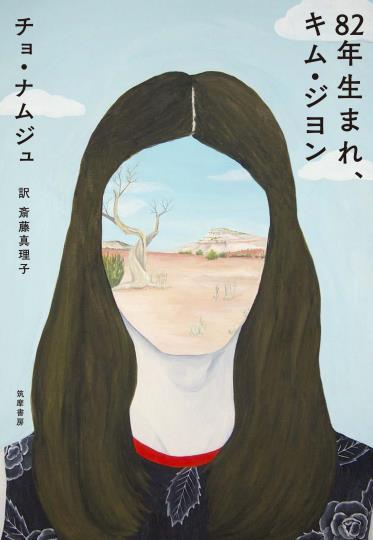 This photo provided by Minumsa shows the cover of the Japanese edition of "Kim Ji-young, Born in 1982."
On the back of solid sales, the title currently ranks 15th in the literature section of the Japanese Amazon online bookstore and No. 1 in the Asian literature category.

"Powered by the novel's popularity, new energy is circulating in the field of feminist (books), whose presence has been almost invisible in the Japanese publication market," Minumsa said.

"Debate on discrimination is also getting brisk, while a book club discussing discrimination has also emerged in the (Japanese) book market," it said.

The success of the Korean book has also helped boost Japanese readers' interest in Korean literature, it said.

"The trend of Korean novels that transform social issues into literary discourse has appealed to Japanese literary circles and readers," Mariko Saito, the Japanese translator, was quoted as saying.

Having debuted in Korea in October 2016, the novel made a splash on the literary scene here as well, becoming the country's first million-selling novel since 2009.

The book follows the life of 30-something housewife Kim Ji-young, who suffers from a psychological disorder while caught in her traditional roles as a woman and mother.

The publishing rights to the title were sold to 18 foreign countries, including the United States, France, the United Kingdom, Spain and China.

The Chinese publisher plans to print 300,000 copies of the book's first edition ahead of the Chinese release later in the month.

Simon & Schuster is slated to publish the UK edition in February next year, while W. W. Norton & Company will publish the book in the US. (Yonhap)