The system integrates existing total heat exchange systems that ventilate the air while preserving the temperature with an air purifying function. Existing systems can only perform one of these tasks, but not the other.

The Sys Clein system, developed in conjunction with Xi Service & Development, will come in the form of a built-in unit for the company’s Xi apartments from the second half of this year, the firm said. 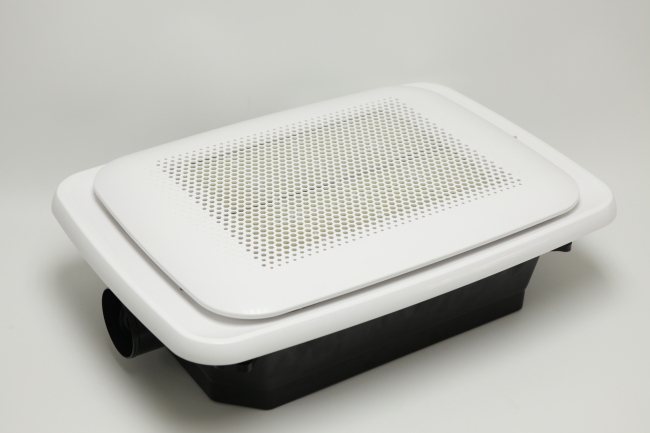 GS E&C’s Sys Clein system (GS E&C)
GS E&C explained that the unit is set up on the ceiling to take up minimum space. It can also be installed in any buildings that have heat exchange ventilators.

At present, houses in Korea are usually equipped with heat exchangers that put polluted indoor air and bring in fresh air. All houses since 2006 are obligated to install such a system by law. While filters have been added to heat exchange ventilators to clean air coming in, they have not been insufficient, to remove ultrafine dust.

As an alternative, separate movable air purifiers have become a must-have item for homes in South Korea. While effective in removing fine dust from the air, they are also thought to be prone to creating carbon dioxide (CO2) concentration by working in enclosed spaces, requiring ventilation, which in turn brings in more air, and with it more fine dust. The systems also take up a lot of space and can be costly if one was to place one in each room.

Taking note of these shortcomings, GS E&C said they came up with the Sys Clein system after a year of research and tests.

The entire system will be operated automatically through sensors and will eventually be connected to the Internet of Things, the company explained.

GS E&C said it will promote for the system to be installed not only for its apartment complexes but also in other houses, offices and commercial areas.