Describing the botched US-North Korea summit in Hanoi last week as only a “bump in the road,” Rogers said the reunification of the two Koreas is already happening.

“It’s a delay and it’s something that’s inevitable. It’s going to happen. ... North Korea wants it, South Korea wants it, China wants it (and) Russia wants it,” the renowned investor said in an interview with KBS World Radio News on Wednesday. 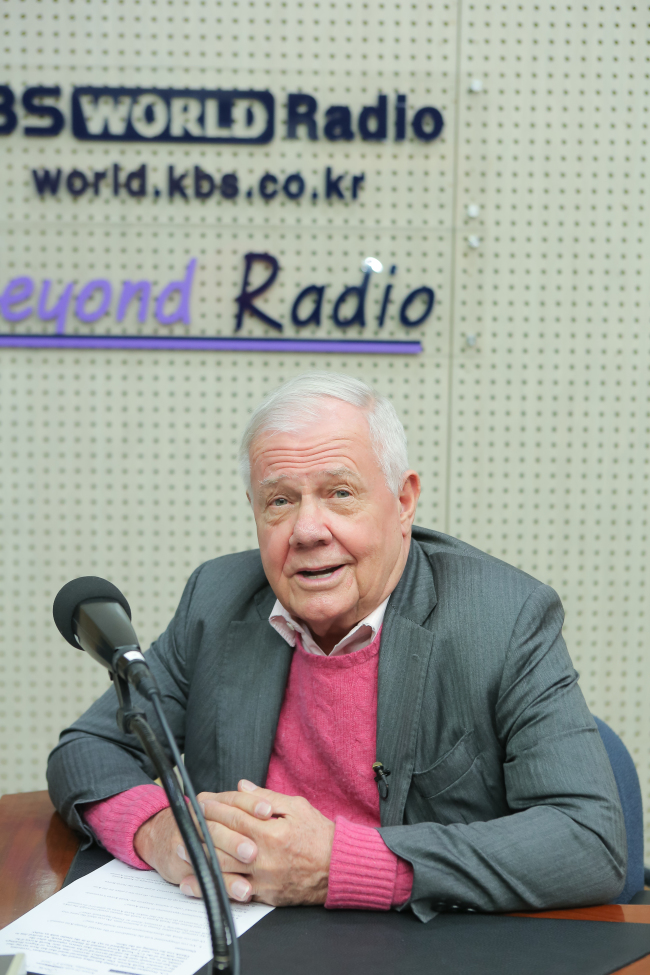 As to why the summit failed, he said a mistake was made, but everyone involved wants an agreement, especially Kim.

He added that nobody foresaw reunification in Germany and that the Korean Peninsula is going to be the most exciting place in the world in the next 10 to 20 years.

Rogers, who once said he would “put all of my money” in North Korea, became an outside director of Ananti, the only South Korean resort operator in the North, in December.

He has said the country would have great potential if it opens up, noting that a unified Korea would make it an ideal region for investment due to abundant natural resources and cheap labor in the North, and capital and know-how in the South.

Regarding news reports last month that he plans to visit North Korea in March at the invitation of Chairman Kim Jong-un, Rogers said he is willing to visit the nation anytime, though he has neither been invited nor heard about anything yet.

The interview with Rogers regarding his views on the US-North Korea summit and the future of the Korean Peninsula aired on the KBS Radio mobile app from 7:10 p.m. to 8 p.m. Wednesday.