“It is not true that the United Nations Security Council recently made a decision (to approve) a sanctions exemption regarding video reunions between South and North Korea,” Unification Ministry spokesman Baik Tae-hyun said at a regular press briefing. 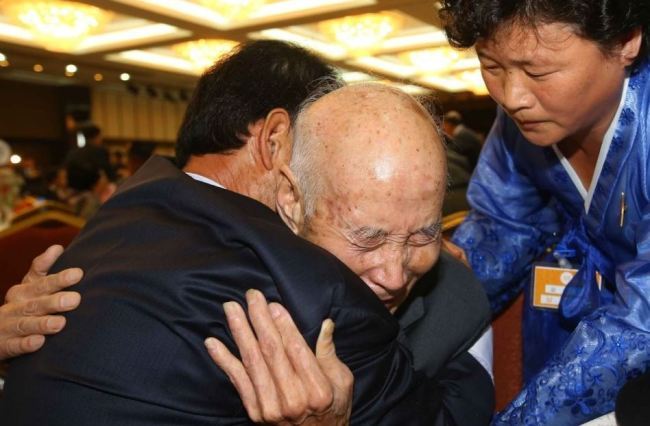 Earlier in the day, a number of Korean news outlets reported that the UN Security Council had granted a waiver last week enabling equipment to be sent to North Korea to make the video reunions possible.

Baik said the ministry would discuss ways to hold video reunions and exchanges of video messages with North Korea after wrapping up ongoing consultations with other related ministries.

After their third summit, which took place in Pyongyang in September, South Korean President Moon Jae-in and North Korean leader Kim Jong-un agreed to cooperate to arrange video reunions and exchanges of video messages for the separated families.

Equipment, machinery and refined petroleum are among the items the North is prohibited from importing under sanctions imposed by the UN because of the communist country’s nuclear weapons and ballistic missile programs. The Unification Ministry had pushed to hold the video reunions around Lunar New Year’s Day in February, but the plan failed to materialize as more time was required to obtain sanctions exemptions.

But remarks from President Moon last week rekindled hopes for inter-Korean exchanges. During a speech at a ceremony marking the centennial of the March 1 Independence Movement, he pledged “to make it possible for separated families and displaced people to visit their hometowns and meet with their relatives, going beyond mere reunions as before.”

The two Koreas held face-to-face family reunions in August at the Kumgangsan resort on the North’s east coast. Around 100 people from each side had the chance to meet long-lost relatives for the first time in decades.

In November, the UN granted a sanctions exemption for the delivery of fuel needed to conduct surveys to prepare for a cross-border railway reconnection project.