[ The Korea Herald – Send E-mail ]
[Herald Interview] ‘I have fans in their 20s now’: ‘SKY Castle’ star Yum Jung-ah
Veteran actress reflects on being part of top TV success, being a working mom and her love of ‘Mamma Mia!’
By Yim Hyun-su
Published : Feb 11, 2019 - 17:51
Updated : Feb 12, 2019 - 16:08
JTBC hit show “SKY Castle” came to an end earlier this month, but the buzz around the show lingers on, as impressed viewers and late-comers continue to discuss the series online, amid a torrent of tweets, TV commercials and comedy skits.

At the center of the discussion is Yum Jung-ah, who plays the disciplinarian mother Han Seo-jin. She takes strict parenting and education craze to a level not seen on Korean TV before, but as extreme as she may be, her character proved to be a ratings success.

“I have fans in their 20s now,” she exclaimed, sounding excited yet baffled as she reflected on how much of a success “SKY Castle” turned out to be during an interview at a cafe in southern Seoul. Yum was pleasantly surprised at how diverse the viewers were, including middle-aged men and teenagers. 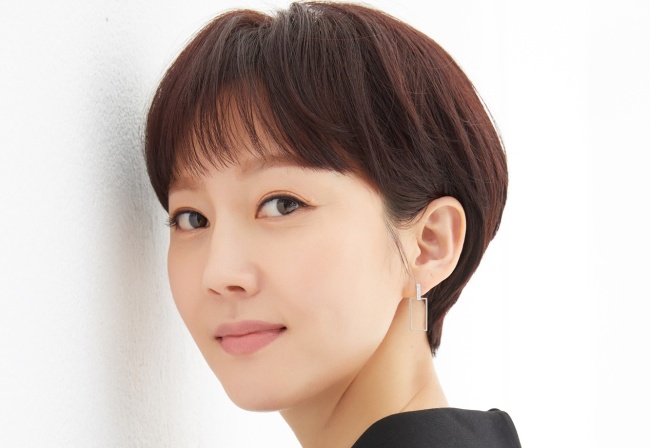 (Artist Company)
“I honestly didn’t see it coming,” she said. Her reaction would be understandable, as the show centers on housewives determined to send their children off to top universities.

The first episode aired in late November with viewership ratings of a meager 1.7 percent, but that figure skyrocketed to a whopping 23.8 percent by the end of the run, becoming the most-watched drama series on a nonterrestrial television network. “Each week when the ratings came in, we were like ‘What happened?’ ‘How?’”

Though the show might have lifted her status further, Yum was already a veteran actress, having debuted in 1991. She is also a mother of two herself and married to a doctor -- just like her character. The resemblance between the two’s background was made into a viral YouTube video recently.

But how similar does she think the two are?

The answer seems to be “not much,” as Yum made an X sign with her arms.

“I don’t wish to be a mother like Han Seo-jin. I think she’s wrong. I don’t want to be that perfect and I don’t think it’s possible to be that perfect.” When pressed further to find common ground, she yielded and admitted to the one thing the two have in common. “I believe Han seo-jin’s love is twisted while mine is not -- a mother’s love.”

If Yum were to choose between the characters Lee Soo-im, No Seung-hye and Jin Jin-hee as her friend, she said she would go for Lee. “I think Seung-hye is the most objective, while Jin Jin-hee is quite unreliable and Soo-im is too righteous.” 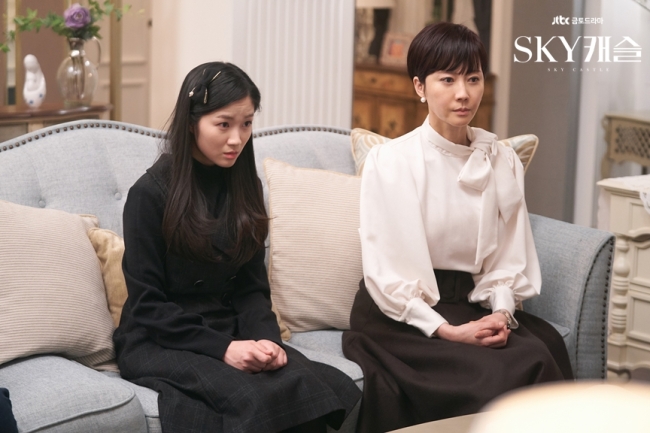 (JTBC)
With her children in elementary school, Yum said her husband filled the void she left while filming the show, making sure to come home early and help the children with homework, for instance. But normally she’s in charge of their children’s education -- except she’s not very tech-savvy in real life.

“When the older one finishes late and the younger one finishes early, I have to come up with a schedule on which they could move together. Since I’m not good with computers, I use a ruler and paper,” she said before quipping that Seo-jin would use an electronic device instead.

In one scene in the drama series, Han decides to come forward to police with information that her daughter Kang Ye-seo has been benefiting from leaked exams. Recalling that, she said emotions ran through her body. “During the scenes with Ye-seo, I’ve said she has never slept more than four hours since she was 4 (to study). They were that kind of a mom and a daughter. I thought it must have been difficult for them to give everything up,” she said.

When filming wrapped up and it was time for the wrap party, she said it was “weird” to leave home without the script she had kept near her at all times on the set. “I’ve always had a script with me and it felt like there was something missing in my hands.”

On the controversial finale that has divided opinion, Yum said she “understands” viewers’ reaction, but she didn’t seem to have a strong opinion as she already knew about the ending before. 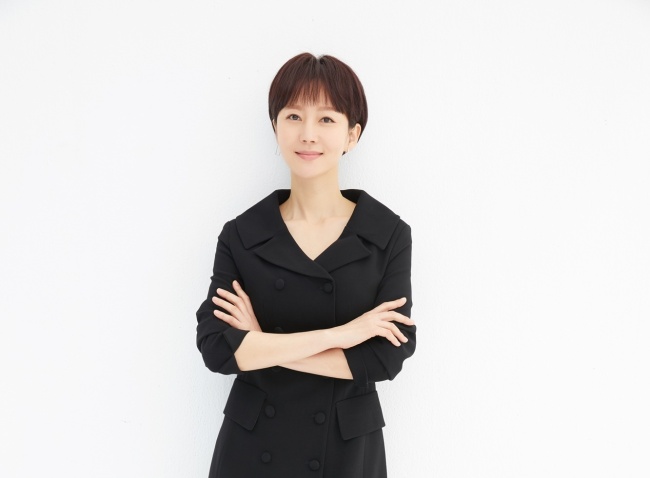 (Artist Company)
The series has set the TV scene abuzz and she still feels the impact. “I usually escape (from my characters) really quick, yet there still a little bit of Han Seo-jin in me. I think after coming back from a vacation, I’d have shaken her out of me and come back to reality.”

Despite the success, the actress with 28 years of experience under her belt sounds humble that she gets to be a working mother. “I consider myself very lucky. I tell myself that I’m thankful repeatedly. There are many people who can’t do things other than being a mother even if they wanted to, for example, people who worked in the past and can no longer go back because their career has been cut off. Perhaps it’s given the nature of my job, but I get a chance to do both.”

As the interview came to an end, she said she wants to take on different roles, before singling out the film “Mamma Mia!” When asked more specifically, she said she wanted to play Meryl Streep’s role, with a thumbs-up as a show of approval for the question.