According to the Seoul Metropolitan Government on Wednesday, the watchdog organization reported 52,677 sex trafficking advertisements online and smartphone applications. Advertisements for dating for pay and on-site massages, widely perceived as a means of prostitution, made up the majority 82.7 percent of reported ads. 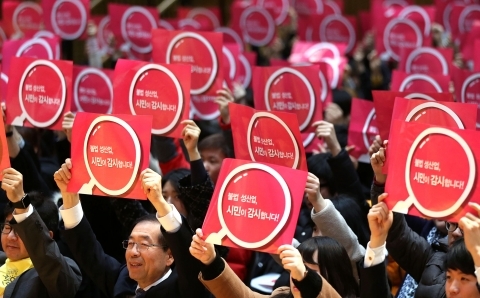 (Seoul Metropolitan Government)
Based on the watchdog’s findings, Seoul has reported 46,404 advertisements to the Korean Communication Commission and Korea Internet Self-governance Organization, which led to their deletion from the internet.

With the current watchdog operation coming to an end, Seoul is planning to recruit 1,000 new members. Adult Seoul residents are eligible to apply. People can apply at Seoul Dasi Hamkke Center’s website from Jan. 23 to Feb. 13 on a first-come first-served basis.