The decision is to mark the first of such case since the NPS introduced the stewardship code, a set of principles on trustee responsibility that allows the fund operator to intervene in the management of companies. 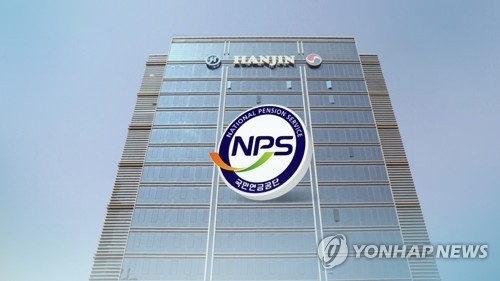 The fund management committee, the NPS' decision-making body, convened Wednesday and decided to let its special panel decide whether to actively exercise its shareholder’s rights over Korean Air and Hanjin KAL, as well as how far it would go in doing so, officials said Thursday.

Though the final decision is to be announced early next week, the fund operator is seen as unlikely to change its mind on the move.

“The NPS will exercise its shareholder rights in a transparent and fair manner for the sake of the fund’s long-term profitability,” said Minister of Health and Welfare Park Neung-hoo, who is also chairs the fund management committee.

The stewardship code, which pushes an institutional investor to actively exercise its rights on behalf of investors, was first introduced here in 2016. Though 51 institutions are currently subject to the system, none have put their shareholder rights to use so far.

The stock price of Korean Air and Hanjin KAL had dipped several times throughout 2018 amid the power abuse and smuggling controversies concerning family members of group owner Cho Yang-ho.