[ The Korea Herald – Send E-mail ]
S. Korea, US expected to seek high-level talks on defense cost
By Yonhap
Published : Jan 11, 2019 - 21:24
Updated : Jan 11, 2019 - 21:37
South Korea and the United States are expected to seek high-level talks to renew a cost-sharing agreement for American troops stationed in the South, after 10th rounds of talks with their chief negotiators failed to reach a deal, a South Korean government official has said.

Seoul and Washington have held a series of talks since March last year over how much of the cost South Korea should bear for the stationing of 28,500 troops of US Forces Korea. 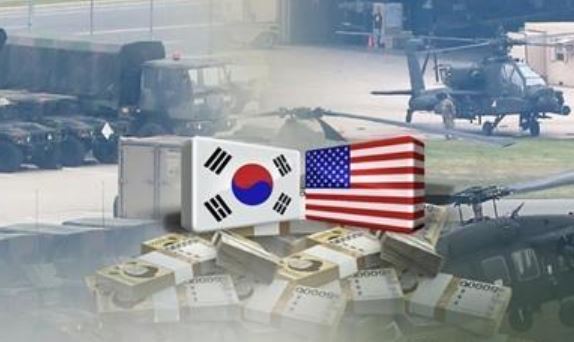 US President Donald Trump has called for a sharp rise in Seoul's share. The two sides failed to narrow differences in their latest talks last month.

The senior government official, who spoke on the condition of anonymity on Thursday, said, "When negotiations are not going well at a certain level, the basic rule of negotiations is to elevate the level (of officials)."

Asked whether South Korean President Moon Jae-in and Trump could exchange views on the stalled talks, the official replied, "All possibilities are open."

Also, speculation is growing that South Korean Foreign Minister Kang Kyung-hwa and US Secretary of State Mike Pompeo could take part in the negotiations.

A sticking point is Washington's push for a sharp increase in Seoul's contribution. Last year, South Korea contributed 960 billion won ($860 million) to maintain US forces in the South, a key deterrent against possible North Korean aggression.

The Wall Street Journal reported last month, citing people familiar with the talks, that Trump wants Seoul to as much as double its current level of payment, the equivalent of $1.6 billion per year for the next five years.

The US has maintained a military presence in South Korea since the 1950-53 Korean War, which ended in a cease-fire, leaving the two Koreas technically still at war. (Yonhap)