No matter which part of a Korean city you are in, the scenery is the same, with stacks of gray and ivory apartment buildings surrounding you.

While it has been around 30 years since apartments became a common form of housing, there has been little change in the design. The height may have increased, but the essential structure has remained the same -- tall concrete buildings without personality or a sense of creativeness.

In recent years, however, top-tier apartments have been creating a buzz with out of this world designs and services. And upscale apartments in Seongsu-dong, eastern Seoul have been making the headlines, recording the highest sale figures in real estate market history.

Seongsu-dong, often referred to as the Brooklyn of Seoul, used to be inhabited by shoe factories and metal workshops, but now has been changing into a hip area with trendy cafes and chic select shops, appreciated for its industrial vibe.

The area has been a land of venture for the real estate market. The apartments look over the Han River, are close to the Seoul Forest, and are also highly accessible in terms of transportation, located at the heart of Seoul.

Also, it is a few-minutes’ drive away from the wealthy districts of Chungdam-dong and Apgujeong-dong. 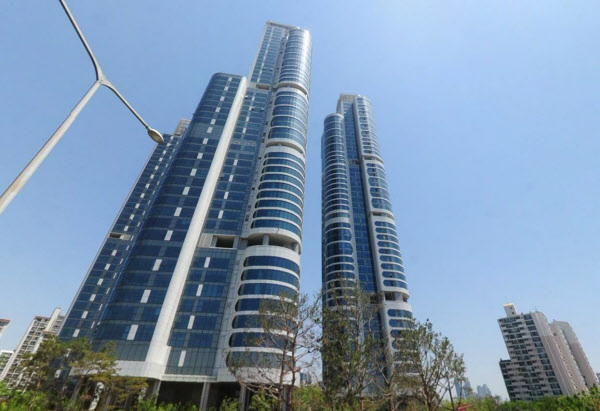 Seoul Forest Trimage (Naver Corp.)
For instance, Trimage in Seongsu-dong, eastern Seoul, has been in the spotlight since its construction in 2014. Located right next to the Han River, the apartment complex’s highest building is 47-stories high. With four buildings, it houses 688 houses.

From the outside, the rounded corners -- designed to create an uninterrupted view of the river -- grab the attention. On the inside, Trimage offers its residents a luxurious living environment with marble walls and high ceilings.

The apartment also offers hotel-like hospitality services. It has a concierge center, also offers valet parking, carwash, laundry or cleaning services. Fitness and spa facilities are prepared, too. It once created a buzz here for offering breakfast to residents.

According to the Ministry of Land and Transportation, a 152-square-meter Trimage apartment was sold for 3.7 billion won ($3.3 million) in October. 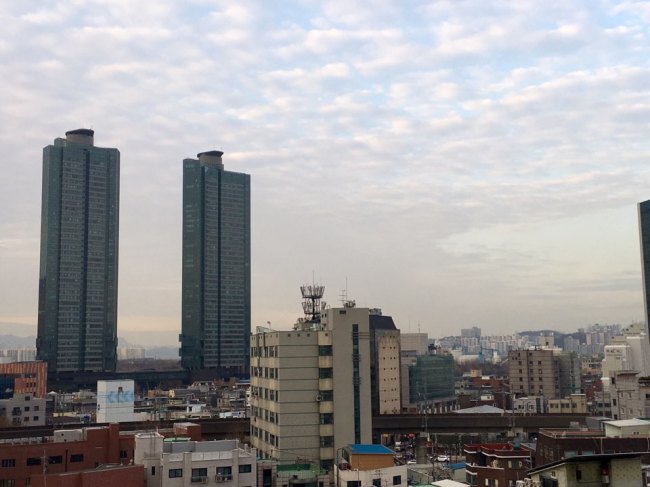 Galleria Foret (The Korea Herald / Im Eun-byel)
Galleria Foret, a few minutes’ walk from Trimage, is another upscale apartment built in 2011. Situated next to Seoul Forest, the two apartment buildings look right down on the greenery of the forest.

The residents are also offered concierge service. The apartment has a guest house for residents’ familyy and friends. Residents can also socialize with each other through various community events.

Before Galleria Foret and Trimage, fancy upscale apartments were usually located in Gangnam area, the southern part of Seoul.Tower Palace and I Park Samseong were the buzz makers in the late 2000s, with the sales figures recording the highest prices.

Now the trend has shifted, experts say. As the Gangnam area has been saturated, fancy apartments are spreading out across the rest of Seoul, especially near the Han River for the panoramic views and the accessibility.
By Im Eun-byel (silverstar@heraldcorp.com)