Opposition parties have criticized the government’s decision to withdraw its plan to relocate the presidential office to Gwanghwamun, one of President Moon Jae-in’s key election pledges stressing the importance of daily encounters with the people and working-level officials.

“It is right to apologize and explain the reason to the people if the president is not able to keep his word. Unlike other pledges, the (relocation) plan was about delivering on his commitment to communicate with the people,” said Kim Jung-hyun, the Party for Democracy and Peace’s spokesperson. 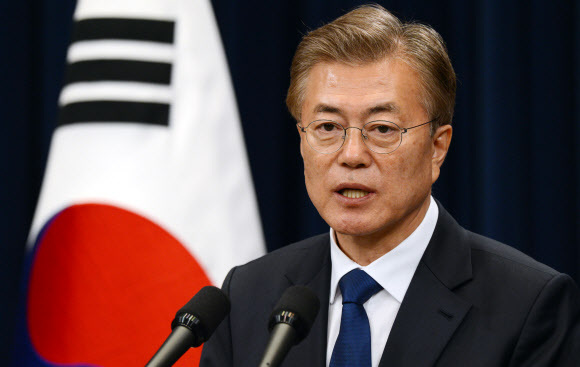 Deciding to comprehensively reconsider the project means that the government is virtually abolishing it, former Prime Minister Hwang Kyo-ahn wrote in a Facebook post.

“As a former high-ranking official, Moon had worked at Cheong Wa Dae long enough to know that security and protocols for a president are difficult and complex,” said Hwang, who is often mentioned as a potential presidential contender from the opposition.

Other parties, including the left-leaning Justice Party and the Liberty Korea Party, also raised concerns over the unfulfilled pledge.

The comments came after the government announced Friday that it would consider the relocation of the Blue House as a long-term project, citing difficulties in finding available space in Gwanghwamun.

During Moon’s first speech as president in May 2017, he said he would “begin the age of a ‘Gwanghwamun president’ as soon as preparations are made.”

In an effort to “end the culture of an authoritarian presidency,” Moon chose Gwanghwamun over the current site of the presidential office at the foot of Bugaksan, as the former would allow him to work more closely with government officials, with the foreign and unification ministries located in the area.

Since 1948, Cheong Wa Dae has been the executive office and official residence of South Korean presidents.