Shock waves rocked the gaming industry and local market on Thursday upon news reports that nearly half of South Korea’s biggest game company, Nexon, is up for sale.

Kim Jung-ju, founder and biggest stakeholder in Nexon’s holding company, NXC, has begun the process of selling the estimated 10 trillion won ($8.9 billion) in shares he and his wife own, the Korea Economic Daily reported. Kim has appointed Deutsche Bank and Morgan Stanley to jointly supervise the sales, the report stated, adding the nonbinding offer would be made next month. Both international banks declined to comment on the matter when approached by The Korea Herald.

A NXC representative said Thursday afternoon that the company is currently verifying the news reports, but the process was taking time due to procedural issues. “Regardless of the veracity of the reports, the company is preparing to make a speedy announcement,” the company official said. 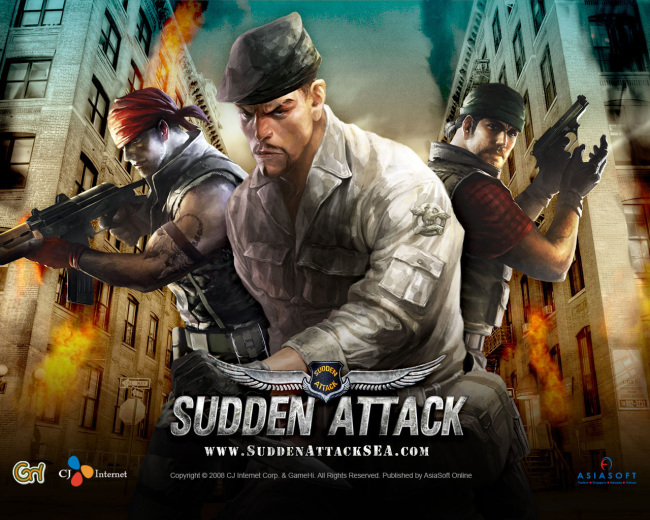 "Sudden Attack," developed and published by Neople, a Nexon subsidiary

The market value of Nexon, listed on the Tokyo Stock Exchange, is around 13 trillion won. The 47.98 percent stake in Nexon held by NXC is worth some 6 trillion won. NXC also holds shares in stroller and furniture company Stokke and Luxembourg-based bitcoin exchange Bitstamp.

The selling price all told could be as high as 10 trillion won, reports said.

Potential buyers, according to industry speculation, include China’s Tencent, Korea’s Netmarble Games, China’s NetEase and Electronic Arts of the US.

Tencent is the publisher of a mobile version of Nexon subsidiary Neople’s “Dungeon & Fighter” game in China. Purchasing Nexon would significantly decrease the royalty fees that Tencent must pay Neople, according to industry watchers. Furthermore, Tencent is one of few players in the field with enough capital to acquire Nexon. The Chinese internet juggernaut owns “Fornite” publisher Epic Games and “League of Legends” publisher Riot. The group has also published the mobile version of “PlayerUnknown’s Battlegrounds,” developed by PUBG Corporation under Bluehole. Tencent has a 10 percent stake in Bluehole.

Since the news first broke early Thursday morning, market reactions have been positive to Nexon subsidiaries Nexon GT and Netgame.

Nexon was founded by Kim Jung-ju in 1994. It first made its name domestically through the 1996 launch of massively multiplayer online role-playing game “Nexus: Kingdom of the Winds,” with a North American release in 1998.