“As agreed before, it is necessary at this moment for us to focus on creating the conditions,” Unification Ministry spokesman Baik Tae-hyun told reporters Wednesday. “Also, it is a matter that should be pursued in consultation not just between the South and the North but also with the international community and possible stakeholders in our countries.” 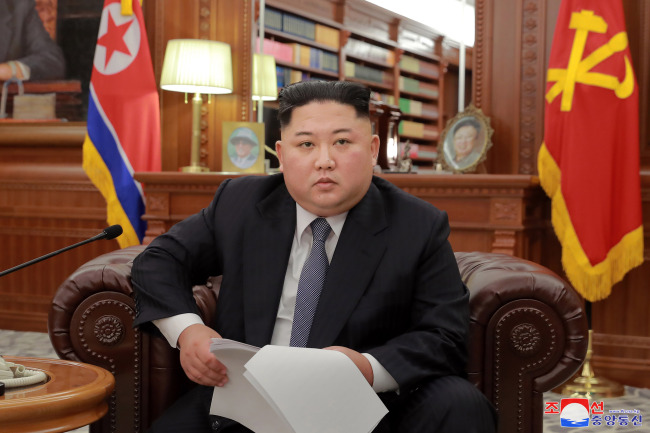 The stakeholders include businessmen who worked at the Kaesong industrial park and Hyundai Asan, which was heavily involved in the complex, he said.

“For the present, we are willing to resume the Kaesong industrial park and Kumgangsan tourism without any precondition and in return for nothing, in consideration of the hard conditions of businesspersons of the south side who had advanced into the Kaesong industrial park and the desire of southern compatriots who are eager to visit the nation’s celebrated mountain,” Kim said.

During a television program Tuesday night, South Korean Unification Minister Cho Myoung-gyon said the resumption of projects would be a priority if denuclearization takes place.

“We will seek what we can do within the boundaries of sanctions in preparation for reopening in the future,” he said.

Although South Korean President Moon Jae-in and Kim agreed to normalized the two economic projects during their summit in Pyongyang in September, international sanctions on the North have prevented further progress.

The joint factory complex in the border city of Kaesong has been closed since 2016, and the operation of the tourist program at Kumgangsan has been halted since 2008.