With its name abbreviated from Diamond-Crunch, referring to the group’s powerful performance and musicality fit to crush diamonds, the fresh K-pop rookie overflows with youthful energy and ambitions.

Having just started to make its mark in the K-pop scene, the nine-piece group of Hyunwook, Hyunho, O.V, Minhyuk, Hyunwoo, Hyunoh, Chanyoung, Jungseung and Dylan said it hopes to spread its messages around the globe.

We always hope to deliver our own messages and emotions to our listeners. For example, our recent single ‘Stealer’ embodies our longing for higher place and better stages,” O.V, a co-leader of the group along with Hyunwook, told The Korea Herald during a recent interview in Seoul.

With fierce, hip-hop-inspired style and vocal prowess, the act was quick to earn a following from all over the world, winning the Focus Award at the 2018 Asia Artist Awards in November within four months of debuting. 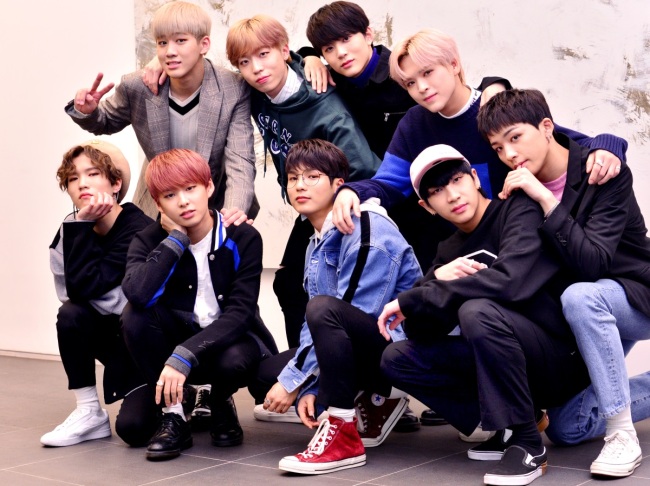 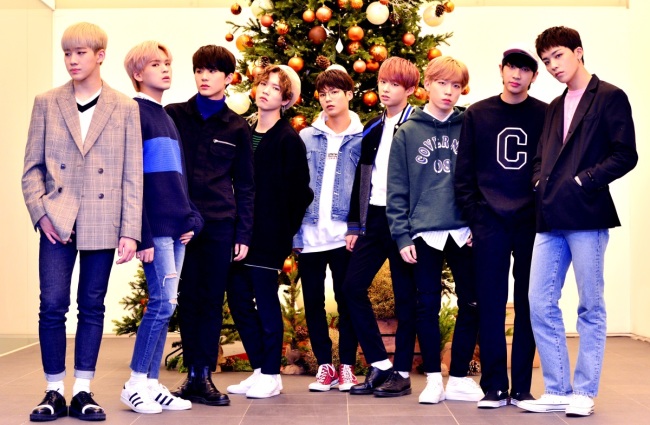 (The Korea Herald / Park Hyun-koo)
What really sets apart the group from others is its ability in songwriting. While all of the bandmates participate in composing and writing their own songs, the group also formed songwriting trio G.I.G -- consisting of O.V, Hyunwook and Hyunoh -- that takes the lead in shaping the group’s musical direction. They also craft the choreographies for their own songs, including for “Stealer.”

Citing BTS, Block B and iKON as role models, Hyunoh said, “We always try to get inspired by various things like a place we’ve never been to, on the streets and just in our daily lives. We hope to convey our messages and sincere stories.”

The group also expressed its gratitude for winning an award at the AAAs. 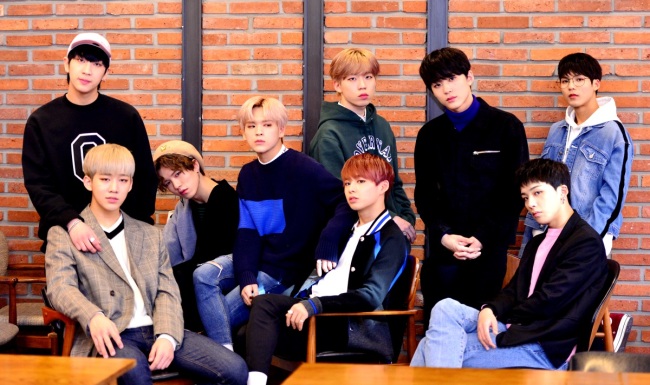 (The Korea Herald / Park Hyun-koo)
“It was such a great experience. We learned so much from other K-pop acts, and the event really motivated us. We hope to showcase our developed sides in the future,” Hyunwook said.

Though the group’s career has just budded, D-Crunch is already eyeing overseas promotions.

“One of our goals for next year is to promote in foreign countries. We have some plans, and we plan to make it happen,” Hyunwook added.