From rapid changes in inter-Korean relations and the unprecedented US-North Korea summit to a Korean boy band becoming a global sensation, 2018 was a year full of unexpected developments.These are the top 10 news stories from 2018. 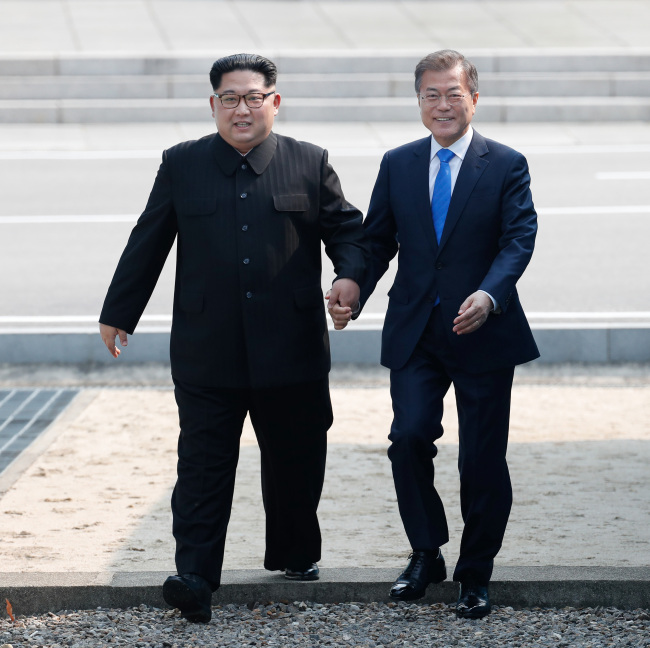 While US-North Korea talks have made little progress, the two Koreas have been working together to reduce military tensions and lay the groundwork for inter-Korean cooperation.

Starting with a public prosecutor who revealed she had been sexually harassed by a senior prosecutor, the movement quickly spread to the entertainment industry, academia and the political arena. The movement has led to the fall of celebrities and political figures, including former provincial governor and presidential hopeful An Hee-jung. 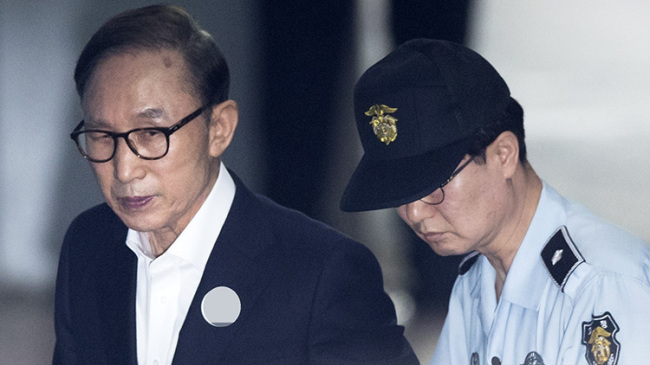 The Moon administration’s initiative has brought to light a number of ethical and legal transgressions that took place under past administrations. 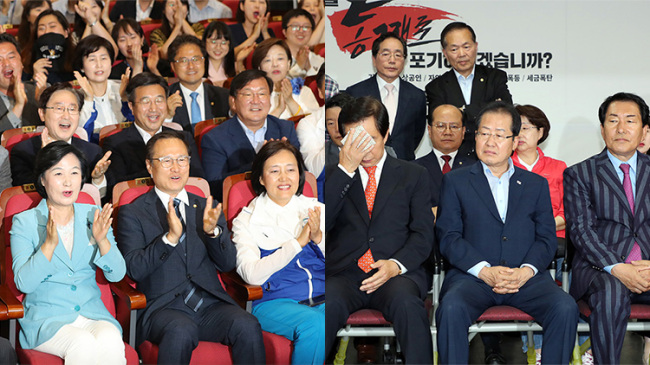 The ruling Democratic Party took the local elections in a sweeping victory, expanding its hold in local governments partly on the strength of President Moon Jae-in’s high approval ratings, which soared earlier this year.

The ruling party took most major municipal and provincial government posts, including the traditional conservative strongholds of Busan, Ulsan and South Gyeongsang Province. 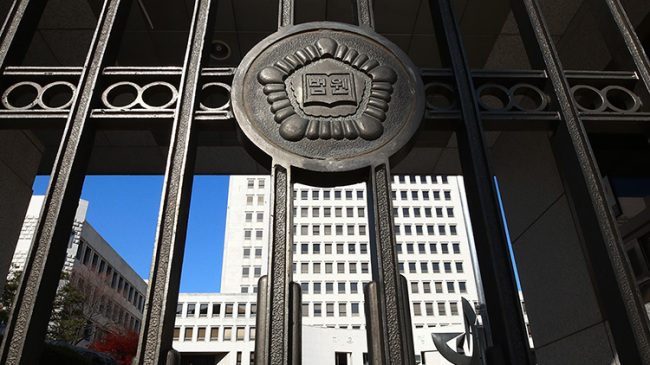 The country’s judiciary came under fire this year, following the revelation that former Supreme Court Chief Justice Yang Seung-tae had used sensitive trials to curry favor with the Park Geun-hye administration. The revelations have led to unprecedented investigations of a number of ranking former judges, including Yang. 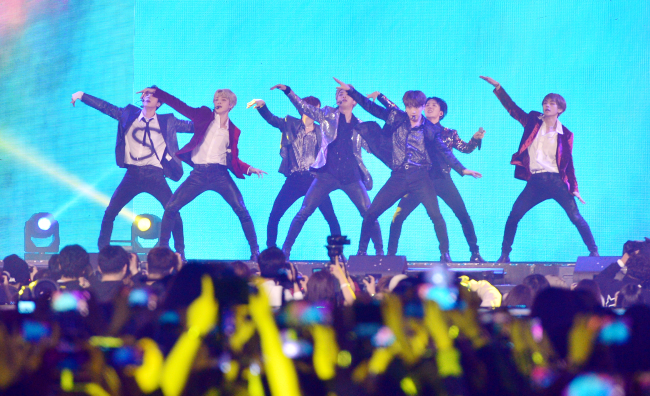 South Korean pop music continues to prevail across the globe, with the wildly popular boy band BTS at its forefront.

The act became the first Korean artist to top the Billboard 200 albums chart in May, held 22 concerts in 11 countries across the globe from September, and was featured on popular US shows including “The Tonight Show Starring Jimmy Fallon” and “Good Morning America.”

It also sent resonating messages during a speech at the UN Headquarters in September, the first Korean artist to do so.

Other K-pop acts experienced great success this year, including Twice, which continued to enjoy popularity in Korea as well as in other countries and ranked 15th on a list of favorite singers compiled by Japan’s Oricon chart. 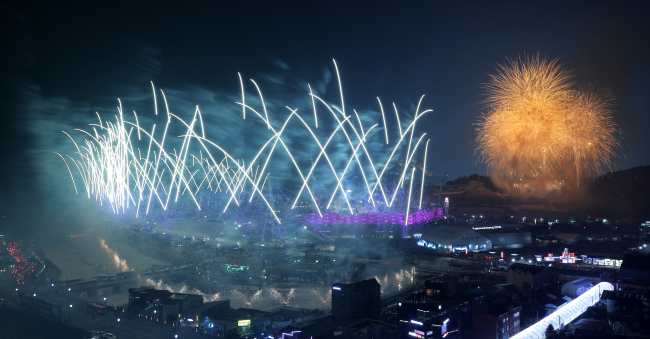 The 2018 PyeongChang Winter Games, the first Winter Olympics hosted by South Korea, was held from Feb. 9-25, with 2,920 athletes from 92 countries participating.

The host nation won five gold medals, finishing seventh overall and topping all Asian countries. The fight put up by its underdog curling team contributed to the newfound popularity of the sport in the country.

The event was also significant in bringing about a thaw in tense relations between the two Koreas. The two countries formed a unified team to compete in the women’s ice hockey event and made a joint entrance at the opening and closing ceremonies. Several senior North Korean officials attended the event, including Kim Yo-jong, North Korean leader Kim Jong-un’s sister, paving the way for the first summit between President Moon Jae-in and Kim Jong-un on April 27.

South Korea’s real estate market experienced a significant shake-up this year, causing much controversy in a country where property ownership accounts for a majority of Korean households’ total assets. Apartment prices in Seoul hit an all-time high during the first half of 2018, igniting fears of a price bubble. The government unveiled a series of measures to regulate “abnormal” housing prices and curb speculative investment -- for example, subjecting owners of multiple homes to hefty taxation and placing limits on mortgage loans for Seoul-based properties. Amid protests, the regulatory changes have contributed to a drop in the number of real estate transactions in the country. 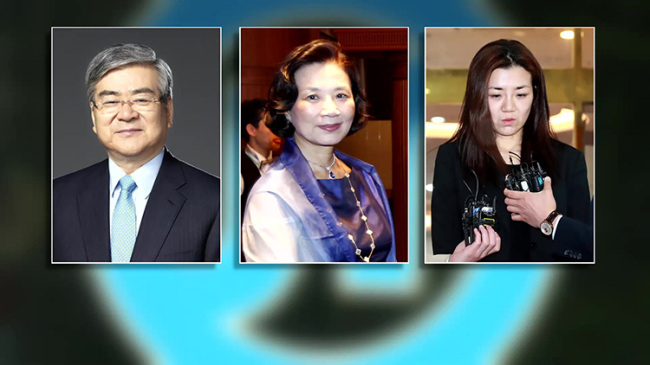 Numerous heads of prominent South Korean companies made headlines this year for physically or verbally abusing their employees, sparking intense public fury and resulting in the leaders’ resignations and/or convictions.

The most sensational case involved Yang Jin-ho, former CEO of WeDisk and robot developer K-Technology. He was accused of hitting his employees, forcing them to eat raw garlic and numerous other offenses.

Earlier in the year, Korean Air suffered severe damage to its brand after Hanjin Group Chairman Cho Yang-ho’s two daughters and his wife were called in by the prosecution over allegations ranging from assault to smuggling luxury goods and hiring illegal housekeepers. Asiana Airlines also came under criticism following a video clip showing Asiana cabin attendants singing a song in praise of Chairman Park Sam-koo. 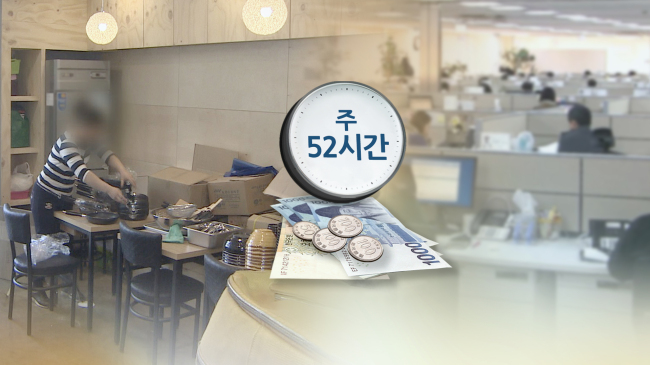 South Korea mandated a 52-hour maximum workweek for companies with over 300 employees, beginning this July, in a move to reduce the country’s notoriously long working hours and improve work-life balance.

Under the revised labor law, the maximum number of work hours per week was cut from 68 hours to 52 for companies it covers. Companies with fewer than 300 employees will be subject to the law as of Jan. 1, 2020.

The first stage of the law’s implementation has caused heated debate and some confusion as to how to accurately measure hours worked, as well as how to apply the rule for different types of labor.

Korea is well known for its long work hours, standing at No. 2 among OECD countries for most hours worked and trailing only Mexico. Grueling work hours have been blamed for Korea’s high suicide rate, low happiness levels and low labor productivity.

The six-month grace period comes to an end this month, and it is widely expected that the National Assembly will strengthen the regulation in February. 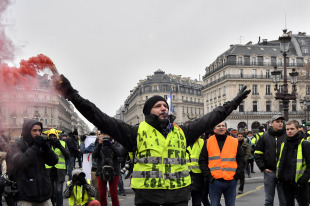 More than a quarter of a million French people took part in “yellow vest” protests across the country on Nov. 17, opposing French President Emmanuel Macron’s decision to raise fuel taxes in order to finance renewable-energy proposals. 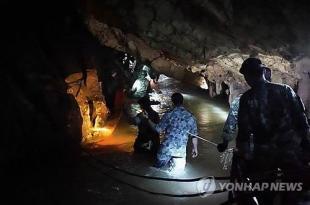 Members of a Thai youth soccer team and their coach were rescued 17 days after they became trapped in a cave due to heavy monsoon flooding. Over 10,000 people, including divers, police and soldiers, were mobilized for the rescue operation. All the boys and the coach were saved, but a veteran Thai Navy Seal diver died during the rescue operation.

The year of strongmen

2018 has seen a surge in the popularity of strongmen, with autocratic leaders establishing their power all over the world. China’s President Xi Jinping succeeded in consolidating power through the National People’s Congress of 2018, while Vladimir Putin won his fourth term in power in Russia. President Recep Tayyip Erdogan managed to put down both domestic opposition and Kurd resistance in Turkey. Japan’s Prime Minister Shinzo Abe also made it to his third term.

A trade war between the US and China began in March when Trump threatened tariffs on $50 billion of Chinese goods, in response to intellectual-property theft. China then imposed tariffs on billions of dollars’ worth of US goods.

The two countries plunged deeper into a trade war, but reached a 90-day truce at a summit in December. 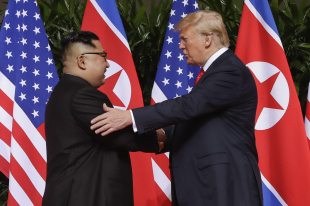 US President Donald Trump and North Korean leader Kim Jong-un met face-to-face for the first time on June 12 at the Capella Resort on Singapore’s island of Sentosa. The two leaders signed a historic agreement to denuclearize the Korean Peninsula, inching closer to peace, though many remain skeptical over the deal. 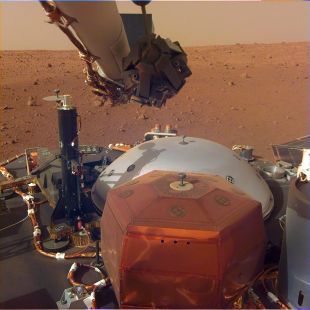 NASA’s InSight spacecraft touched down safely on the surface of Mars on Nov. 26, capping off a nearly seven-year journey from design to launch to landing.

The dramatic arrival of the $993 million spacecraft, designed to study Mars’ interior, marked the eighth successful landing on Mars in NASA’s history. 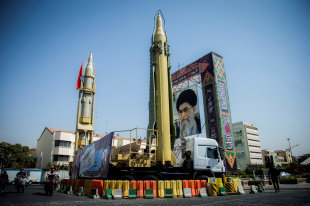 In another surprising turn of events, US President Donald Trump announced on May 8 that the US would withdraw from the Joint Comprehensive Plan of Action, known more commonly as the Iran nuclear deal, which was signed by Iran and major world powers in 2015. He later imposed heavy sanctions on Iran. Hoping to keep the deal alive, Iran has reportedly remained compliant to the agreement, while France, Germany and Britain have said they would not withdraw, raising the prospect of a trans-Atlantic clash between the US and its European allies. 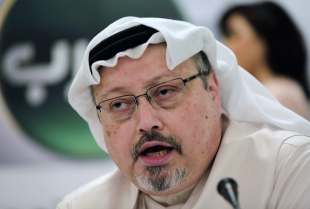 Jamal Khashoggi, a Saudi Arabian dissident and Washington Post columnist, was assassinated at the Saudi consulate in Istanbul in October. He was reportedly killed and dismembered inside the consulate, but the Saudi government denies its crown prince’s involvement in the murder. The journalist was later named Time Magazine’s person of the year, along with other journalists.

Fleeing political repression, gang violence and poverty, a migrant caravan consisting of Hondurans, Guatemalans, Nicaraguans and Salvadorans set off from Honduras on Oct. 13 and began an arduous journey to the US. The caravan began with about 160 migrants but the numbers quickly grew to over 500 on the desperate march through Central America. US President Donald Trump and US conservatives described the migrant caravan as an “invasion.” Most of the migrants were stopped inside Mexico and never made it to the US. 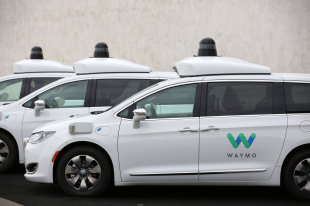 This year, the world saw the first signs of the fourth industrial revolution.

Apple became first public company to be worth $1 trillion on Aug. 2 and Amazon hit the same milestone a month later.