The Ministry of Gender Equality and Family briefed President Moon Jae-in on its 2019 policy plans at the Central Government Complex on Thursday. 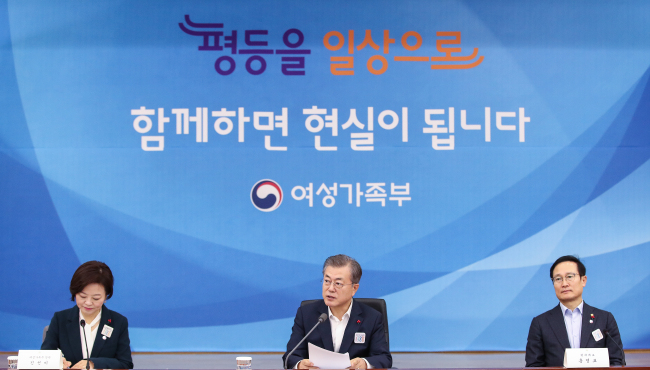 To improve female representation in society, the ministry will conduct research on companies’ female executive ratio and announce the results in October. It plans to offer incentives to companies that work on increasing the number of female executives.

During the briefing, the ministry also unveiled a scheme for supporting “comfort women” who were forced into sexual slavery by the Japanese military during World War II. It will increase the amount of grants for living, nursing and medical expenses for the survivors while increasing efforts to archive historical records related to the former sex slaves. 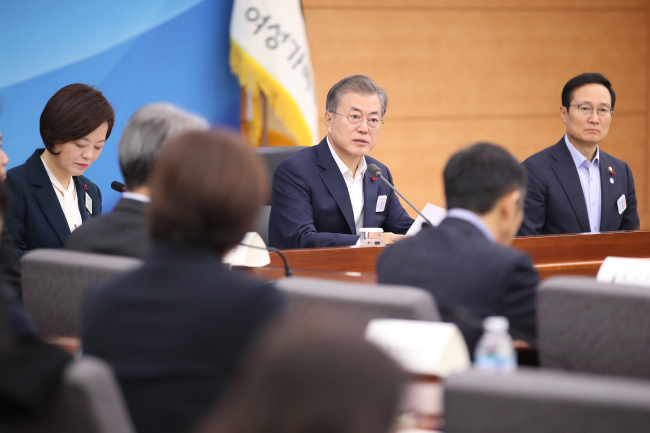 The ministry will also work on creating a better environment for raising children, expanding the number of communal child care centers from the current 205 to 276 while pushing to implement a national certification system for babysitters.

To tackle illegal activities related to teenagers, such as youth prostitution, the ministry plans to designate “random-chat” applications as harmful content for young people. It will also increase the number of counselors to deal with teenage mental health issues.

For teenagers from multicultural families, the ministry will run more Korean language education centers and tutoring services. It will also provide counseling services for those who need emotional support.

“I believe the ministry will do its part to create a society that embraces and respects all types of families, welcomes and blesses all new lives, and treats everyone equally,” said Moon during the briefing.