Hyundai Motor Group said Friday it will put greater focus on reviving sales in the United States and China next year by giving more leeway to the carmaker's regional business headquarters.

The move comes amid deteriorating business environments such as the ongoing US-China trade dispute, planned rate hikes in the US and rapidly changing customer appetites for vehicles.

The South Korean automaker plans to launch new sport utility vehicle models in the two important automobile markets in 2019 to drive up overall sales, the conglomerate said in a statement. 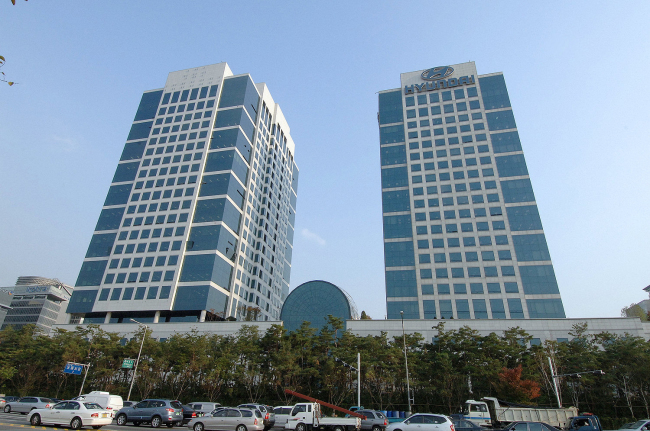 (Yonhap)
Hyundai Motor and its affiliate Kia Motors Corp. plan to introduce the Palisade flagship SUV and the Telluride SUV, respectively, in the US market early next year, the statement said.

Hyundai Motor moved up the US launch date for the Palisade from the originally planned summer of 2019.

Hyundai Motor said it will also add a small crossover to its SUV lineup currently composed of the Kona subcompact, Tucson compact, Santa Fe midsize and large Palisade. The Palisade was launched in the domestic market this month.

The two carmakers aim to complete the establishment of regional headquarters in major markets such as the US, Europe and Asia by the first half of 2019. It will allow each regional headquarters to respond quickly to local customers' demands and to make swift decisions on marketing strategies, the statement said.

Their sales in China improved after political tensions between Seoul and Beijing over the deployment of a US anti-missile system in South Korea were lifted late last year.

But as local demand for their vehicles in China remains weak, the carmakers plan to launch more customized models. (Yonhap)