The test of the 75-ton thrust engine was conducted using a single-stage rocket that was launched from the Naro Space Center in Goheung, South Jeolla Province, at 4:00 p.m. 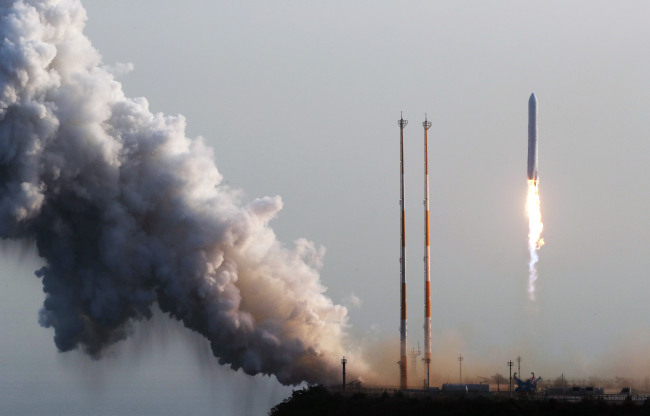 (Yonhap)
The rocket engine, designed and developed by the Korea Aerospace Research Institute, will be used on the three-stage Korea Space Launch Vehicle-2 currently under development.

The Ministry of Science and ICT and KARI said engine combustion was maintained for 151 seconds, surpassing an initial goal of 140 seconds.

The rocket flew for about 10 minutes after reaching a maximum suborbital altitude of 209 kilometers and hit the ocean 429 kilometers southeast of the country's southern resort island of Jeju. (Yonhap)