The launch date has been tentatively rescheduled to one of three days: Sunday, Monday or Dec. 1, the Ministry of Science and ICT said. 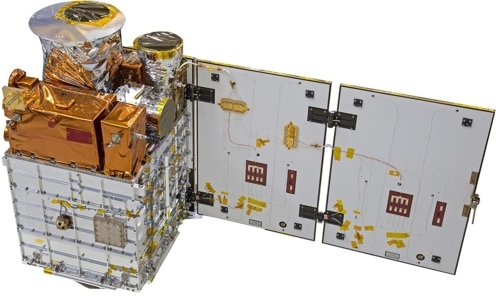 (Yonhap)
SpaceX, founded by Elon Musk, could finalize a new launch date after completing its inspection of its two-stage rocket in one or two days, according to the ministry.

The Falcon 9 had been scheduled to lift off at Vandenberg Air Force Base in California around 10:32 a.m. (US time) on Monday with the aim of putting the "Next Sat-1" into orbit.

The 107-kilogram satellite is designed to conduct space-based research.