The controversy was triggered earlier this month as Choi Jong-ku, chairman of the Financial Services Commission, was seen wearing what many assumed to be an expensive watch during a Budget and Accounts Special Committee meeting at the National Assembly on Nov. 7.

Witnesses said that Choi’s watch -- which a watch expert in Seoul later confirmed as a cheap replica -- was a piece by Vacheron Constantin, a Swiss manufacturer of prestigious watches. Timepieces from the brand can reportedly cost up to 100 million won ($88,500). 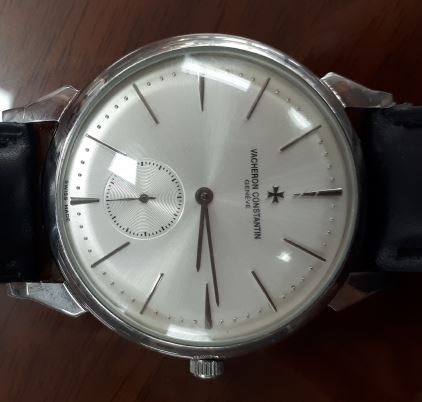 Critics pointed out that Choi did not include the timepiece in March when he reported his net worth. All high-ranking officials must report any piece of jewelry -- including watches -- that cost more than 5 million won when they submit the mandatory net worth report every year. Choi reported being worth 1.4 billion won in March.

Following the controversy, Choi said his watch was in fact a cheap replica of the Vacheron Constantin design, which he bought on a business trip to Vietnam in 2011. He said he purchased the watch from a seller in Hanoi and it cost him about $30.

In an earlier interview with a local daily, he said, “I did not know (Vacheron Constantin) was such a famous brand before purchasing the (replica) piece in Cambodia. I only realized after I started wearing it.” He has since said that he bought the piece in Vietnam in 2011. 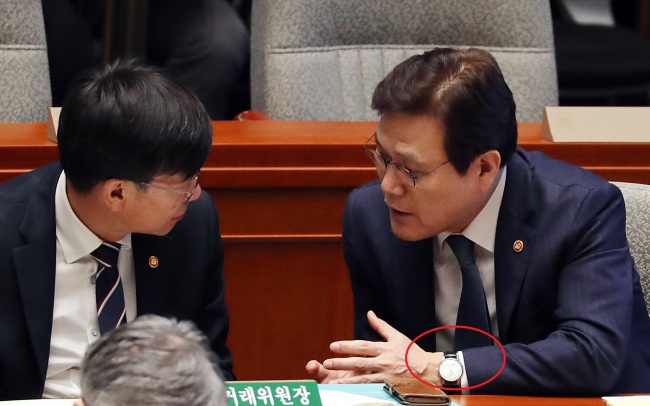 Choi Jong-ku, chairman of the Financial Services Commission (right), is seen wearing a fake high-end watch (circled in red) at the National Assembly in Seoul. (Yonhap)

When asked why a high-ranking official like him would wear a faux luxury watch, Choi said he simply finds the particular piece to be very comfortable. He further claimed he enjoyed the watch so much that he even had to change its leather strap a number of times with cheap straps that cost about 20,000 won each.

An independent expert watch repairman in central Seoul, who has been handling luxury watches for 50 years, examined the timepiece at Choi’s request. He said the watch is a fake Vacheron Constantin piece and was likely made in China.

Under South Korean law, it is illegal to sell or distribute counterfeit goods here, but carrying up to two pieces into the country for personal, noncommercial use is allowed.