When the officers called the woman, however, she told them that she was not home and that she never tried to kill herself. She said she had broken up with the man two days prior.

When officers asked the man what was going on, he answered, “I just wanted to see her because she wouldn’t take my calls. I thought the police might help open the door (of her home) or confirm where she was.”

Without rules on punishment against such actions, officers let him go with a warning. 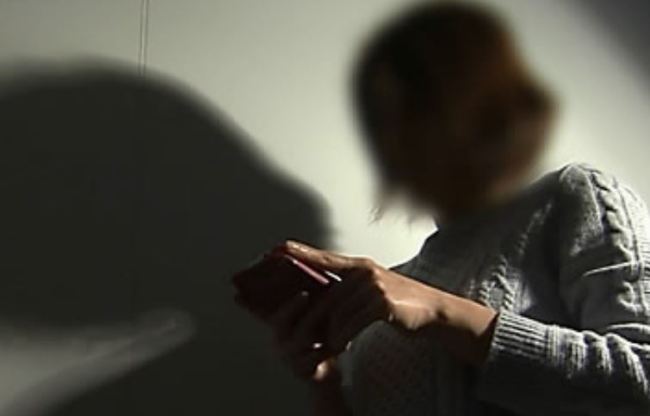 (Yonhap)
Under the law on punishment of minor offenses, or consistent harassment, any person who requests a meeting or date by consistently attempting to approach another person, or watches, follows or secretly waits for someone against the explicit will of that person can be punished with a fine not exceeding 100,000 won ($89), or by misdemeanor imprisonment.

“The man’s acts were close to stalking, but the police can book him only if such acts are repeated. We let him go because it was his first such report,” a police officer said.

Gender violence experts say police should check on whether the man continued to “consistently harass” the woman, as such acts often develop into more serious crimes.

They stress the urgent need for stalking-related legislation to prevent and punish such crimes, as well as to warn people who could potentially become stalkers.

“Had there been a law on prevention of stalking, the police would have checked the security cameras because they need to see if it was a case of stalking crime,” said Lee Su-jeong, a professor of criminal psychology at Kyonggi University.

“This person attempted to take advantage of law enforcement for stalking purposes because there is no related law.”

A bill on prevention of stalking was first proposed at the National Assembly in 1999.

Nearly 20 years have passed, but the punishment of stalkers still remains “a fine of up to 100,000 won.”

Currently, six related bills are pending at the National Assembly.

The Justice Ministry made an advance legislation notice for a law on punishment of stalking under which such criminals can face a jail term of up to three years and fine of up to 30 million won. However, it will be next year before the legislation comes into effect, as the National Assembly has been working on the necessary steps since May.

Stalking crimes increased about 1.5-fold over a three-year period, from 297 in 2014 to 436 last year, according to police statistics. The figures do not include assault or rape that took place during acts of stalking.

Experts say there are likely more cases that went unreported.