Seoul Metro, which is run by the Seoul Metropolitan Government, is at the center of the controversy at the ongoing parliamentary inspection. It was recently revealed that 11.2 percent of its 17,084 employees, some 2,000, were related in some manner.

Rep. Kim Sung-tae, floor leader of the main opposition Liberty Korea Party, said that his party will join minor opposition Bareunmirae Party and the Party for Democracy and Peace to thoroughly investigate the scandals.

It has been revealed that an employee at the Korean Red Cross illicitly hired his own nephew, although his resume had not been received well by those who initially reviewed the application. 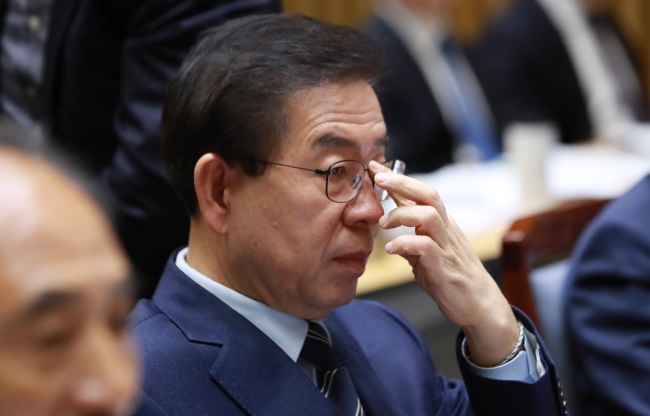 Kangwon Land, a state-owned casino, also hired the adult children of powerful figures in the country, including lawmakers, from 2011-2014 under the leadership of former head Choi Heung-jip. Among the 518 newly hired employees from 2012-2013, 493 were hired through personal connections.

Liberty Korea Party leader Kim Byong-joon said the exposed cases may only be “the tip of an iceberg.”

“There must be distortions across the public sector,” he said during a party meeting.

Meanwhile, the youth unemployment rate, which tracks Koreans aged 25-34 who have not secured jobs, reached its highest level in 19 years this year.