According to Ansan Sangnok Police Station, the 56-year-old man and a neighbor got into an argument over a parking space in a residential neighborhood in Ansan, Gyeonggi Province, at around midnight Friday.

The man told police he got upset when the 40-year-old neighbor “parked a vehicle in front of his house” late Friday night. But, when the neighbor “ignored” his complaint, he called the neighbor outside the following morning and stabbed him once around the shoulders at about 9:15 a.m. 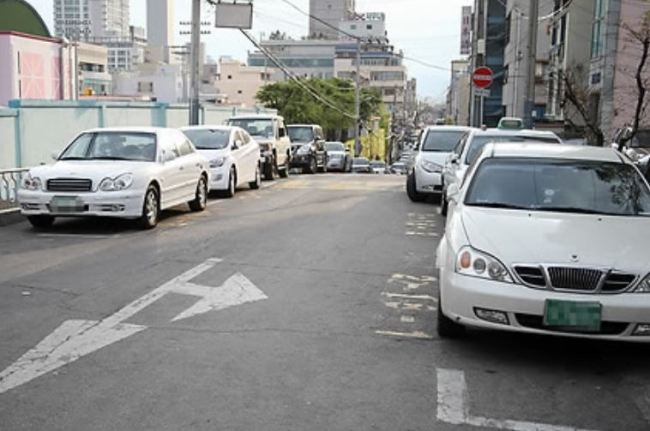 Cars are parked on a street unrelated to the article. (Yonhap)
Dispatched officers made an immediate arrest of the suspect upon arrival.

The victim received emergency medical care and has been released from the hospital, according to police.

During police questioning, the suspect claimed to have stabbed the neighbor against whom he had held a grudge for a long time for purportedly being a terrible driver.

Authorities said Sunday they had requested a warrant for the suspect’s arrest.