The award was accredited to his work on introducing Korean culture to the US and bridging the two countries as the former head of the Korea Chamber of Commerce and Industry, it added. 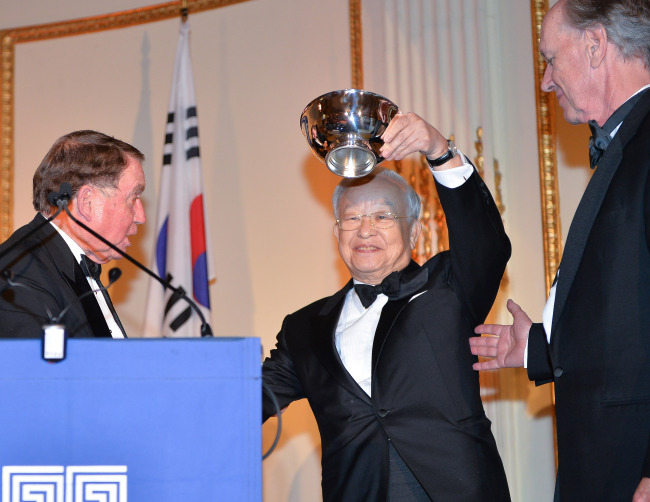 CJ Group Chairman Sohn Kyung-shik receives the Van Fleet Award from Korea Society Chairman Thomas Hubbard (left) and Korea Society President Thomas Byrne (right) at a gala dinner hosted by the organization in New York on Friday. (CJ Group)
“CJ will continue to work as an advance guard for spreading Korean culture and lifestyle around the world and strengthen the friendship between South Korea and the US,” he said as he accepted the award in New York.

Established in 1992, the Van Fleet Award is given to leaders in the two countries who brought them closer. The list of recipients includes the late President Kim Dae-jung and former US President Jimmy Carter, Samsung Chairman Lee Kun-hee and SK Group Chairman Chey Tae-won.