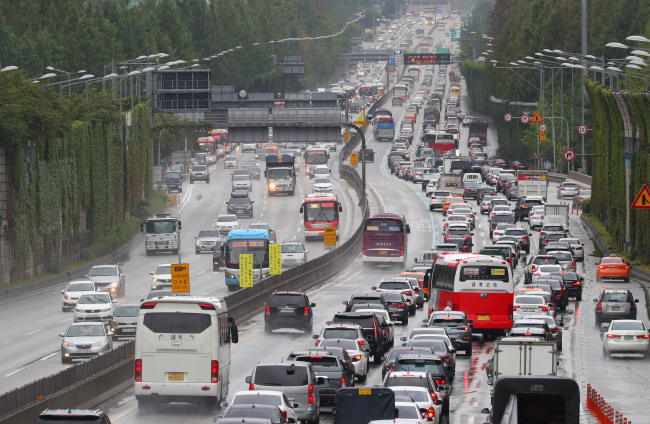 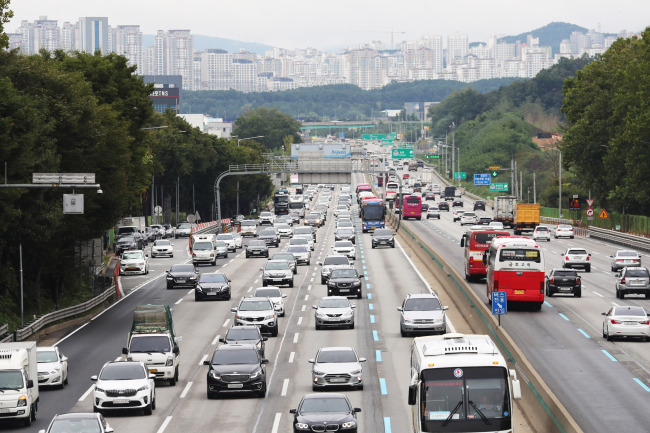 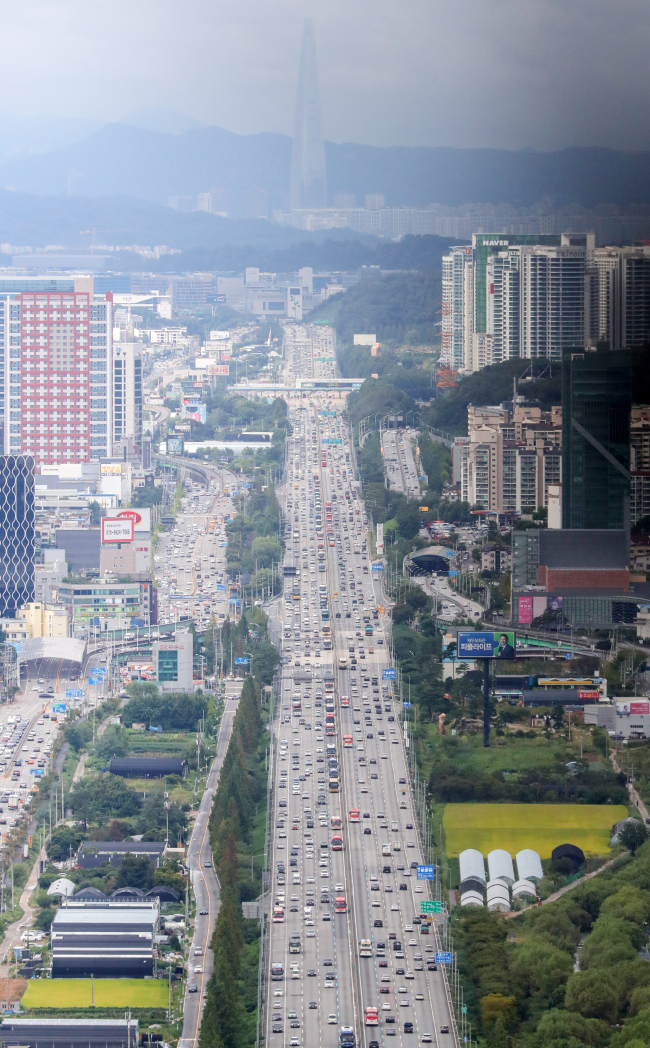 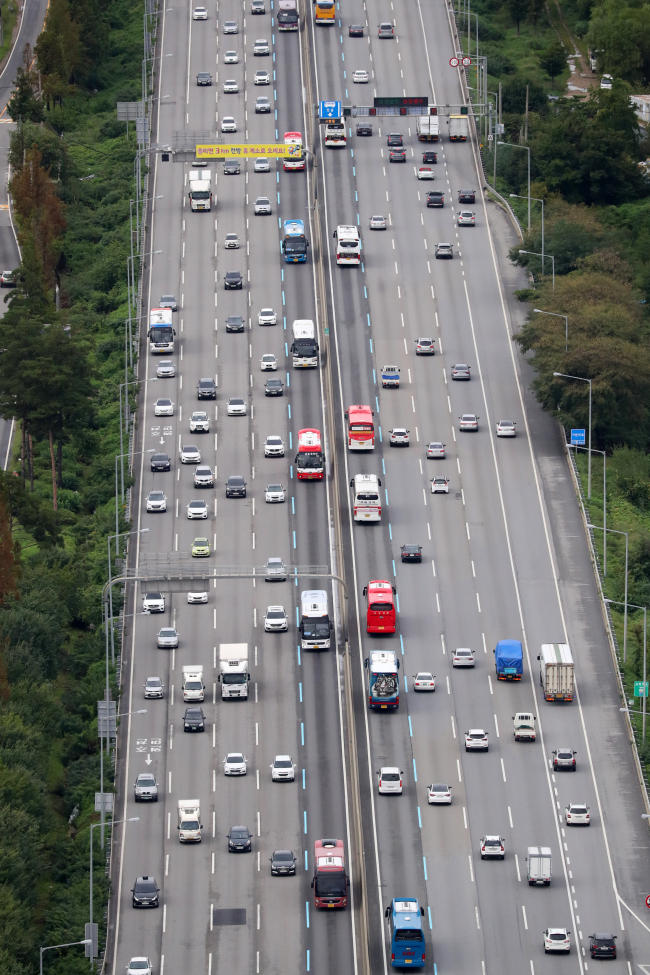 A survey by the Korea Transport Institute predicted that the traffic volume of cars leaving Seoul and heading back to the city would peak on Sunday morning and Monday afternoon, respectively.

Highway toll fees will be waivered for the three-day holiday. 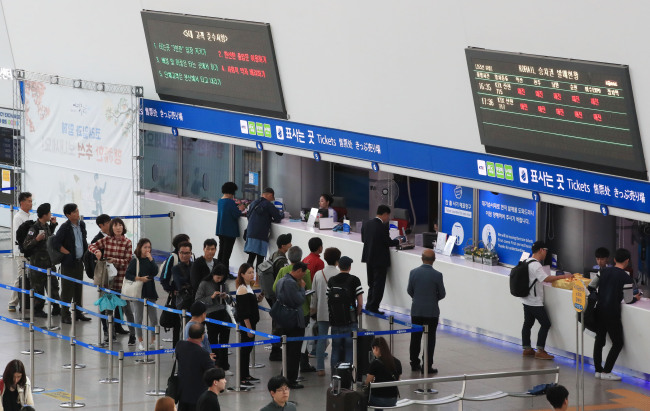 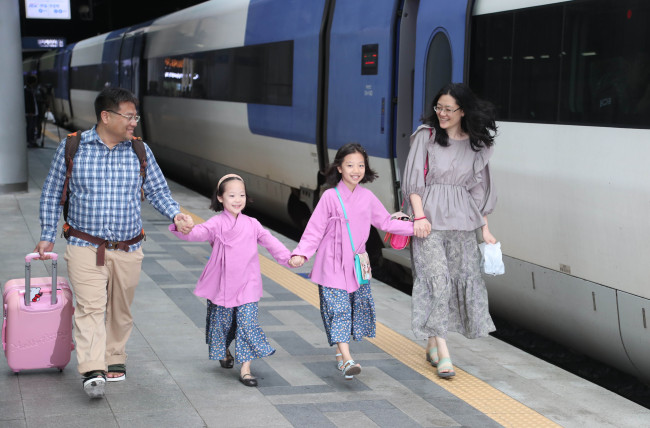 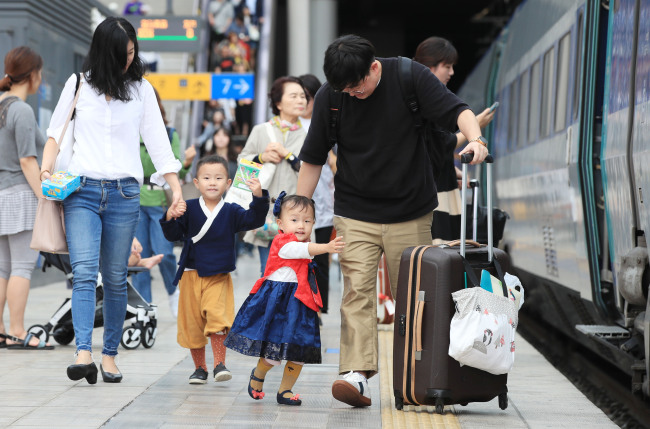 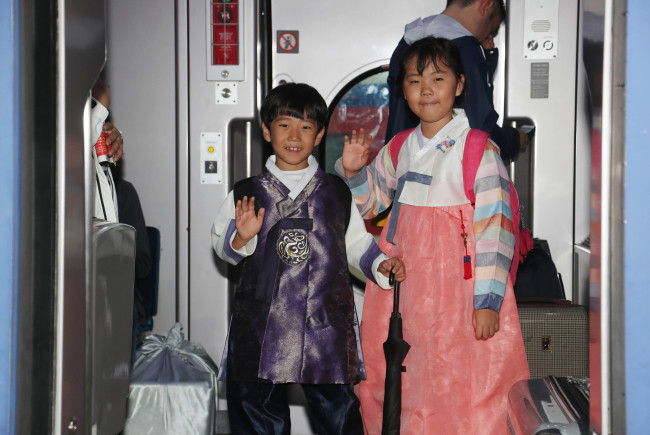 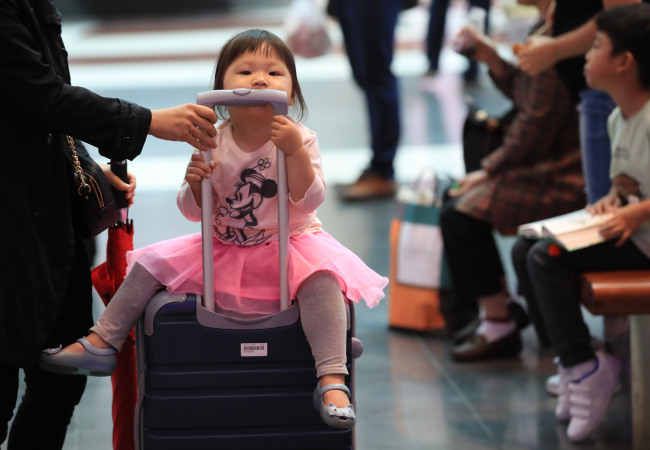 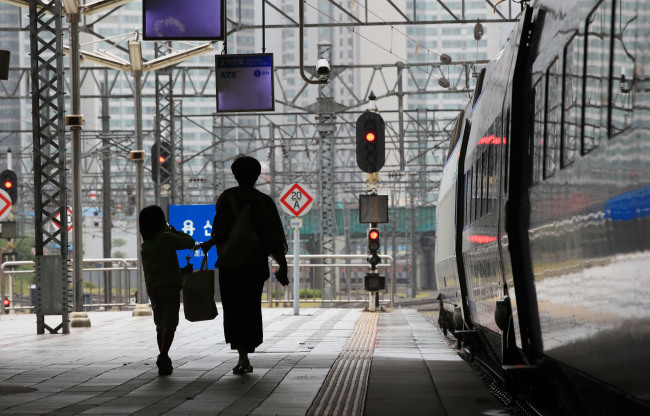 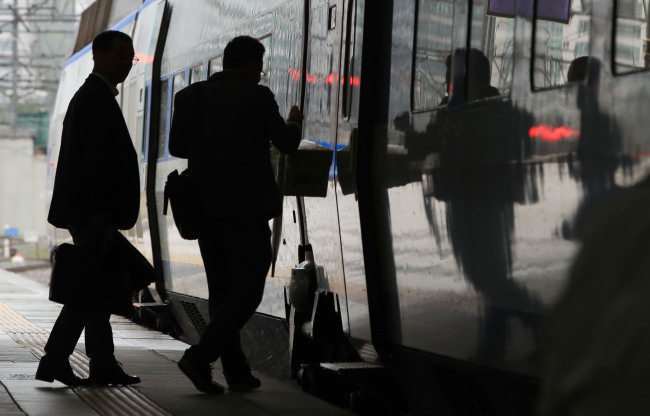 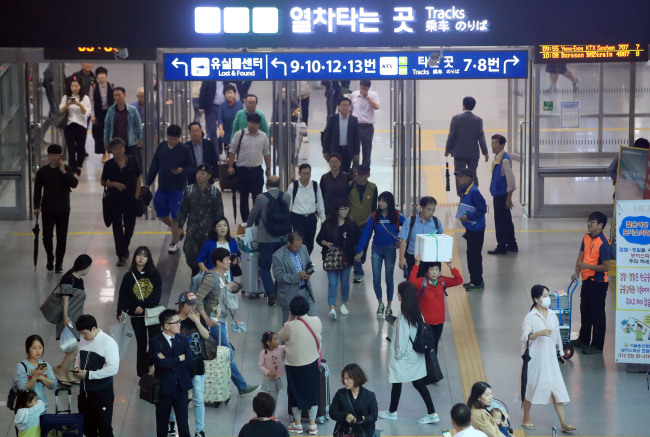 Railroad corporation Korail projected that about 3 million passengers would travel by train from Friday to Wednesday, while Korea Airports Corp. forecast that travelers using Gimpo Airport would spike Friday. 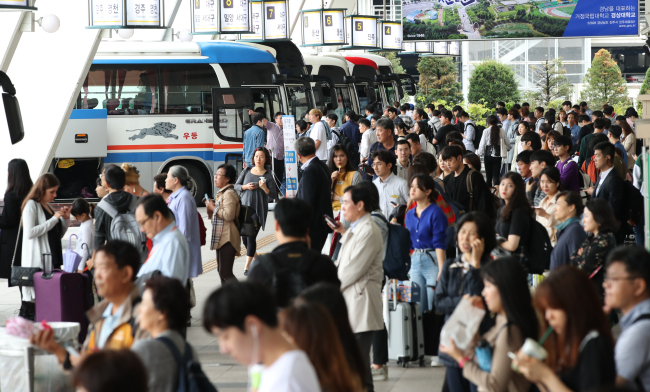 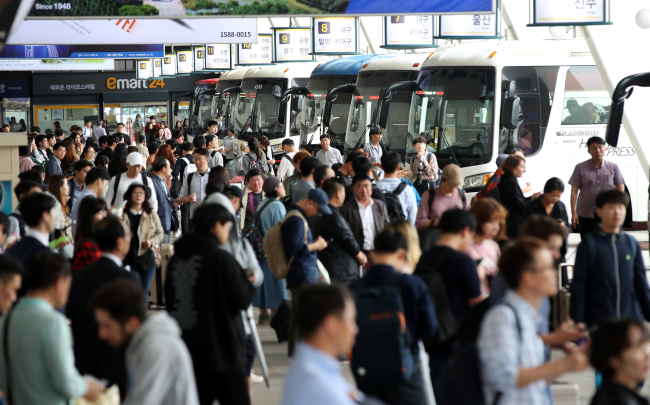 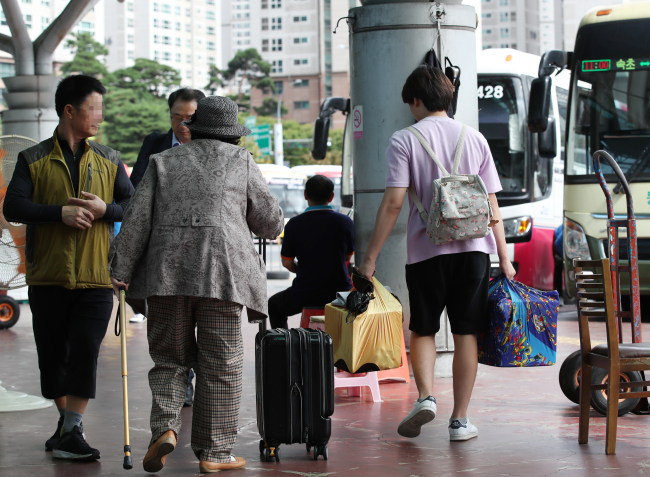 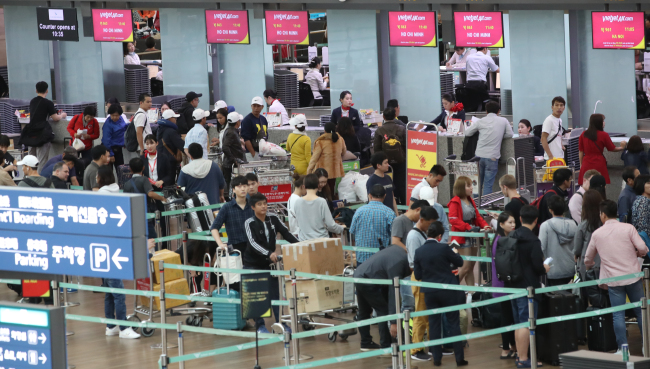 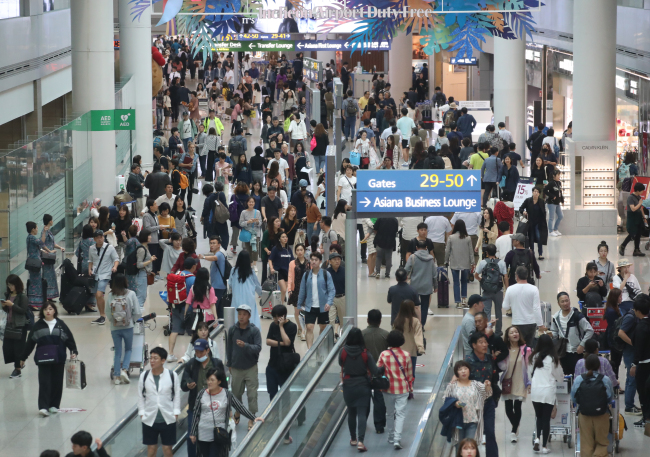