But for non-Koreans, the holiday is different: Many family members live abroad, and more plainly, it lacks cultural significance.

This year, the Korean traditional holiday begins Sunday and runs through Sept. 25. Many Korean restaurants and businesses will be closed, with some resting one or two days in addition to the designated days.

Even the most bustling streets are expected to be surprisingly calm as many Koreans return home. Shoppers may be absent from the stores and markets Dongdaemun is most famous for, but the lights will be on in a small district around the corner. 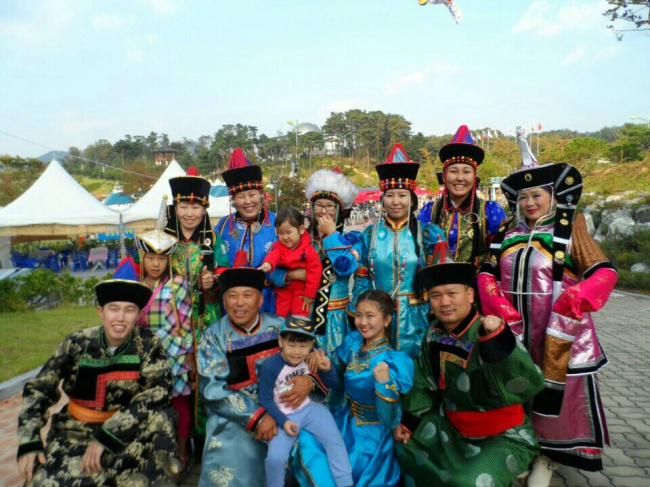 Viktor Kim and Zhaegalma Tsyrenouna on a group trip to Anseong Namsadang Festival in Anseong. (Viktor Kim)
Known as “Mongol Town,” a set of narrow streets is home to a community of cultures. Building signs in the Cyrillic alphabet adorn cafes, convenience stores and cellphone shops.

The area is full of hidden gems catering to foreigners hailing from Mongolia and other neighboring countries. Around the corner behind Mongol Town is an area frequented by Russians, Buryats and those from parts of Central Asia.

In the past, Chuseok, which literally means “in the middle of fall,” signified a time for Koreans to celebrate the autumn harvest.

Farmers used to congregate, celebrating a season of hard, grueling work in the fields by hosting a feast for families and close neighbors.

But the holiday serves a more vital role in the lives of contemporary Koreans, essentially maintaining strong familial ties since many tend to move away from home due to work or school obligations. Similarly, foreign workers who do not return home during the four-day holiday take the time to reconnect with people from their homeland. 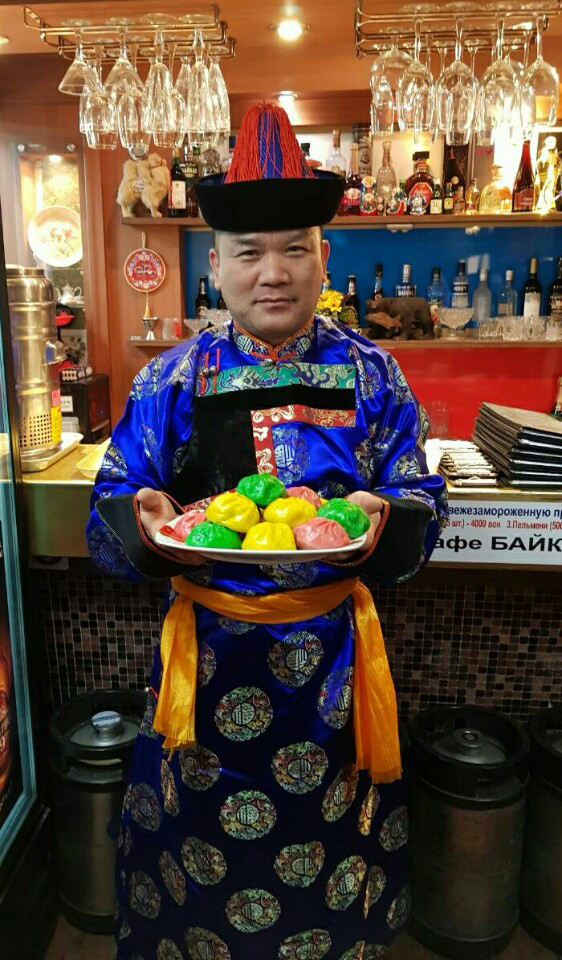 Viktor Kim, who runs Baikal restaurant with his partner, presents Mongolian-Buryat dumplings while wearing traditional Mongolian buryat costume. (Viktor Kim)
“Chuseok does not carry the same responsibilities as it does for Koreans,” Viktor Kim told the Korea Herald. “So, when everything closes down for Chuseok, many (Russians, Buryats and Mongols) gather here to enjoy some good food, catch up with old friends and sing traditional songs.”

Sergei, 46, is among the hundreds of frequent customers searching for a “home away from home.” The Ulan-Ude, Russia resident first came to Korea on a tourist visa two months ago and reportedly felt “right at home” upon walking into the cafe. 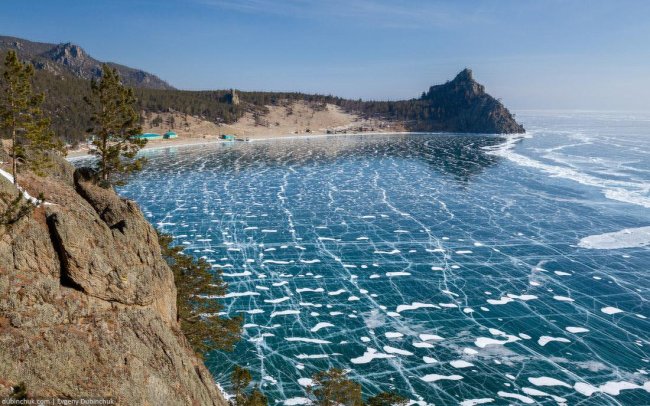 Lake Baikal (Twitter)
Named after Russia’s famous Lake Baikal, the cozy establishment hosts events for foreigners who cannot go back to their home countries for the holidays. 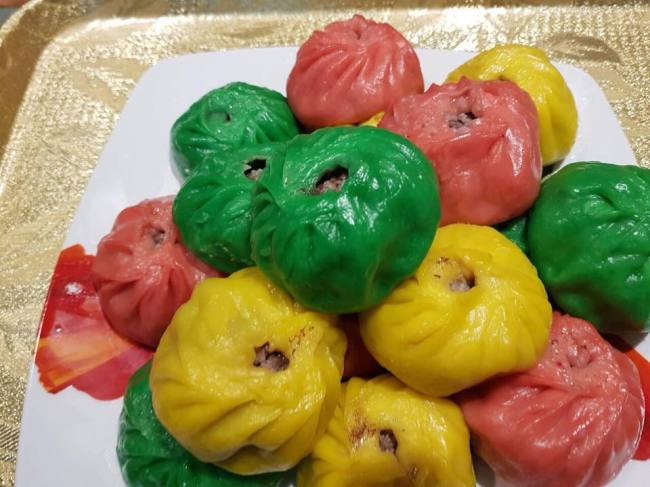 'Buza' (Viktor Kim)
Aside from dining on traditional foods, many customers sing along to the traditional Buryat-Mongol song “My Dear Mother.” Some become so emotional they cry after the song ends, Tsyrenouna added.

Some also opt to go in front of the packed restaurant to perform a traditional ritual that involves breaking cow rib bones. Traditionally, one’s ability to break bones showed his manhood or strength. In the past, only boys were allowed to test their might, but nowadays girls also partake in the event, according to Kim. 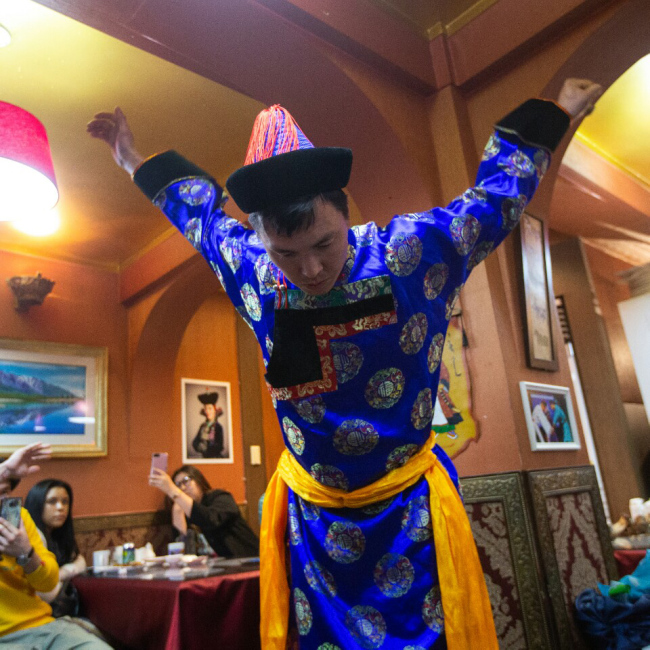 A man performs the traditional ritual that involves breaking cow rib bones. (Viktor Kim)
As the establishment becomes most packed during the holidays, it is highly likely for one customer to run into an old family friend and ask them to send gifts and packages back home. If someone has no family friends in Korea, Kim said he normally relays the information to others in order to ensure everyone keeps close family ties.