K-pop groups have long drawn a stark contrast with Western boy bands, but are increasingly challenging what many brand as “traditional masculinity” by fully embracing makeup and fashion forward styles to best deliver their music.

Perhaps ironically, BTS, the group that has enjoyed most success in the West, is also among the groups that least conform to its male style norms. 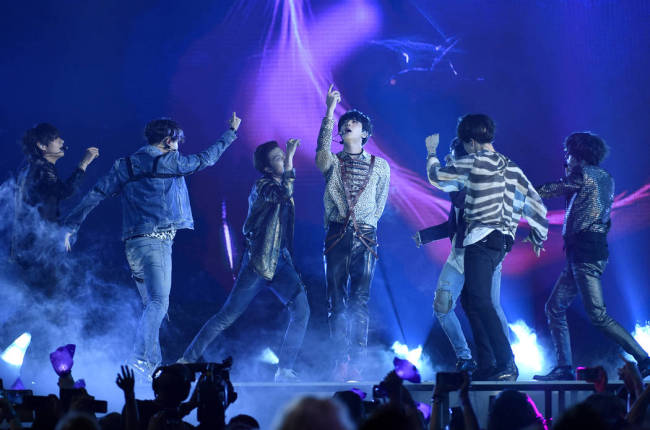 BTS performs “Fake Love” at the Billboard Music Awards on May 20, 2018, in Las Vegas. (AP-Yonhap)
Lexie Marie, a 17-year-old YouTuber from the UK, is one of the K-pop fans who love how groups like BTS channel “feminine” elements into their music.

“K-Pop boy groups do differ from Western boy groups. The most notable differences are definitely the makeup, hair and outfits,” Marie said, whose channel featuring reaction videos to K-pop videos has some 76,000 subscribers. 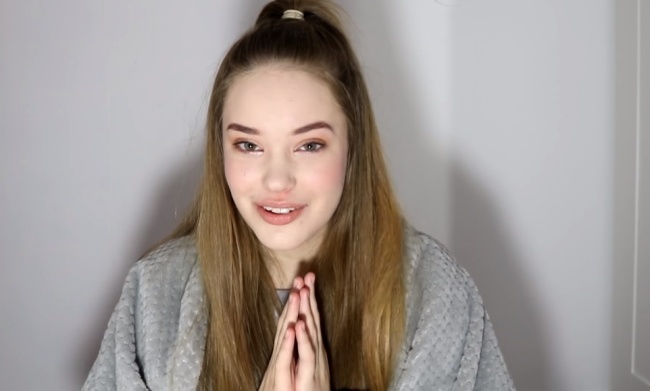 YouTuber Lexie Marie, 17, reacts to a K-pop music video on her channel. (YouTube)
Marie makes “I Force My Friends” videos where she asks her non K-pop fan friends, many of whom are male, to watch K-pop videos and the general reaction has been “respectful.”

“I don‘t think it really bothers them or if it’s something that they even really notice since they tend to care more about the music itself,” she said.

Marie sees music as an art form and that includes how idols present themselves, be it makeup or outfits. She wishes people would not see K-pop stars as just “boys in makeup.”

“I don‘t think that wearing makeup questions the masculinity of these artists in any way and their work should not be belittled by people who think that it does,” Marie said.

Eva, a 22-year-old film major from Ireland, runs the YouTube channel A.C.E. with her friend Ciara. 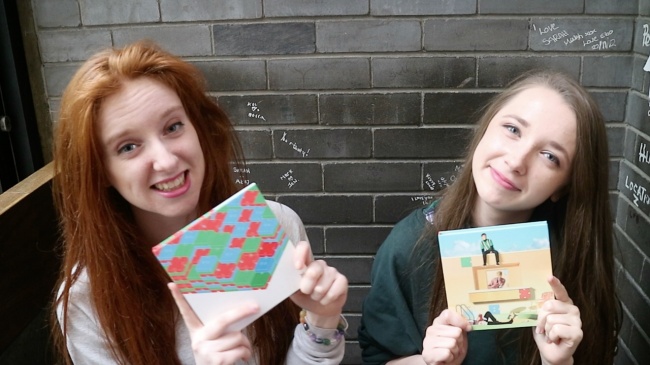 Eva (left) and Ciara record K-pop reviews for their YouTube channel. (A.C.E)
Being interested in makeup, she said most of her favorite K-pop visual concepts involve male idols wearing heavy or dark makeup, citing the EXO songs “Monster” and “Power.”

"The way that the stylists experiment with makeup and fashion is so interesting, and something which is not that common in Western music,” she said.

Eva also said fashion and makeup are for everybody, and that K-pop is helping break traditional gender boundaries in terms of fashion and style.

Ten years ago, things were starting to move the other way.

In 2008, K-pop boy band 2PM created a “beast-dol” phenomenon in South Korea, a compound word of “beast” and “idol” with emphasis on masculinity, as the group often performed topless on stage showing off buffed chest and muscular arms. 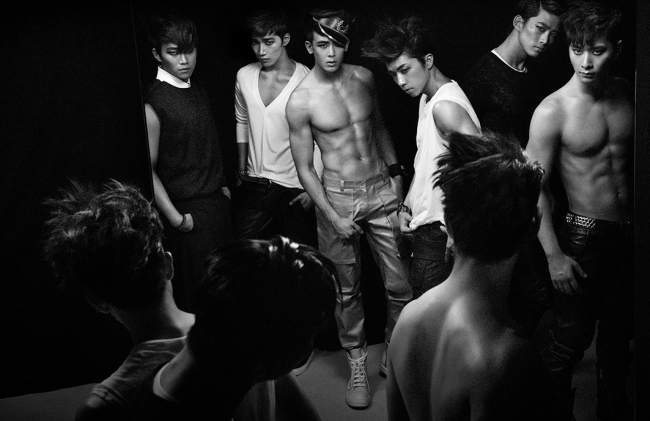 An image of 2PM, a group that debuted in 2008. (JYP Entertainment)
But by 2010 the group had augmented their image with heavy makeup for “Don’t Stop Can’t Stop."

Meanwhile Big Bang was also experimenting with bold makeup. Whereas before cosmetics had been used to cover blemishes and subtly polish a look, now groups wanted to make a statement.

One of the reasons behind the success of BTS is the members’ appearances, according to pop culture critic Jung Duk-hyun.

“Some of the elements that characterize the success of K-pop idols like BTS among international fans are the pretty boy looks on top of their vocal skills, heavily choreographed moves and dance skills,” Jung told The Korea Herald.

Compared to the previous generation of boy bands, such as Shinwha, who put an emphasis on traditional masculinity by having muscular bodies, Jang said today’s male K-pop idols put more focus on embracing their individuality.

The change in the appearance of idol groups also reflects the growing number of men who wear makeup.

Data from market researcher Euromonitor estimates South Korea’s male grooming market was worth 1.28 trillion won ($1.14 billion) in 2017, up 4.1 percent from the year before. 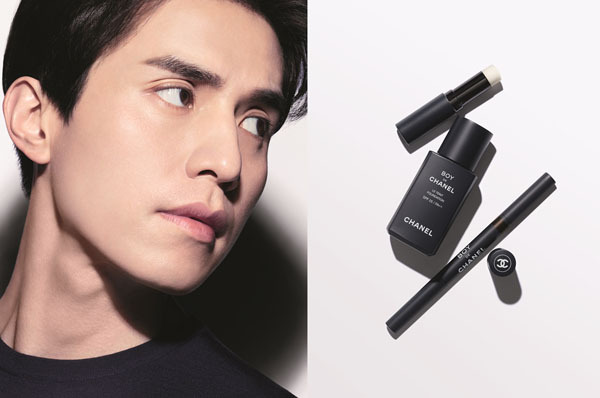 “Contrary to boy bands a few years back, members of boy groups now have a more fashion model-like body and presents a prettier and more polished look,” Lee told The Korea Herald.

Not everyone is on board with the androgynous and gender-bending looks sported by K-pop boy bands, who sometimes face criticism for being too “feminine” and “gay.” 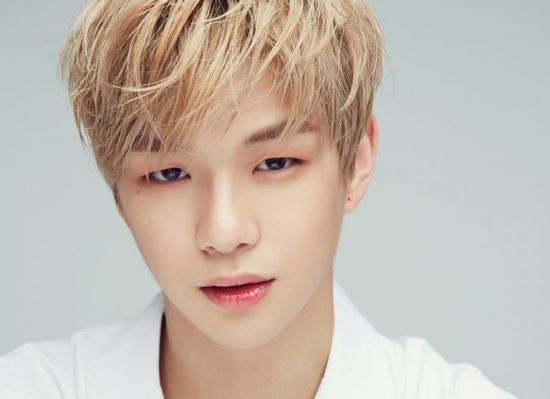 Singer Kang Daniel wearing makeup. (MMO Entertainment)
Last month, American director Joseph Khan tweeted, “They all have plastic surgery. They are all wearing lipstick. This is what Crazy Rich Asians actually look like,” alongside a picture of BTS.

In another tweet, Khan wrote, “Asian Americans: Stop feminizing our men. Asians are macho too. Asians: You no wear lipstick? Why?”

Though men who wear makeup are still very much in the minority, Lee said traditional gender identity is being challenged, at least in South Korea.

“In South Korea where there is a strong emphasis on looks, how we look is becoming our property almost,” Lee said.

“It’s a good thing that we now embrace individuality more openly, but it’s also worth noting that looks are now being more prioritized, resulting in the growing cosmetics and plastic surgery industry.”