Naturalized player Ricardo Ratliffe, whose Korean name is Ra Gun-ah, had his fifth double-double with a game-high 37 points and 12 rebounds in the men‘s basketball semifinal at Gelora Bung Karno (GBK) Istora arena in Jakarta, but it wasn’t enough for South Korea to overcome the tall Iranians. 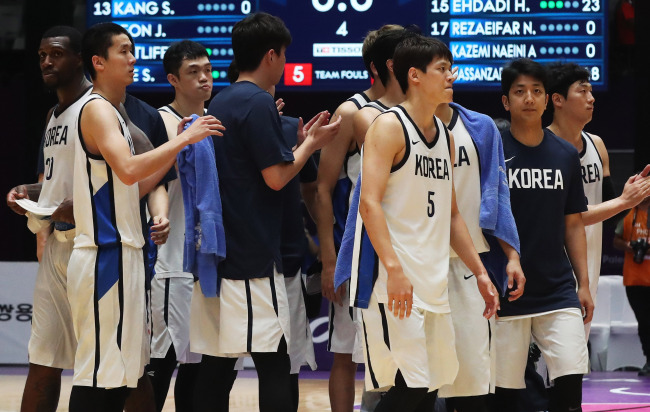 South Korea, in losing its bid for title defense, will next face the loser of the match between Chinese Taipei and China for bronze on Saturday.

Iran got off to a 6-0 lead in the first quarter, forcing South Korea to call a time out after less than two minutes.

Early second quarter, South Korea got as close as 23-18, but couldn’t cut the deficit further. While the South Koreans struggled to contain Haddadi, players like Mohammad Hassanzadeh and Behnam Yakhchaldehkordi also started to get buckets and South Korea entered halftime trailing 40-28.

Ratliffe hit two quick buckets for South Korea to start the third quarter, but Iran later made a 9-0 run to extend its comfortable lead.

Ratliffe performed a two-hand slam dunk at 1:43 in the third quarter, spicing up the mood for South Korean fans, but Yakhchaldehkordi silenced the crowd with his three-pointer.

South Korea outscored Iran 20-17 in the fourth quarter, but it couldn‘t change the result of the match. (Yonhap)