An Chang-rim gave South Korea its fifth judo medal of the 18th Asian Games on Thursday, taking home silver in the men‘s under-73 kilogram event.

An, world No. 7, lost to his nemesis from Japan, Shohei Ono, by a waza-ari (half point) in extra time in the final at Jakarta Convention Center Plenary Hall. 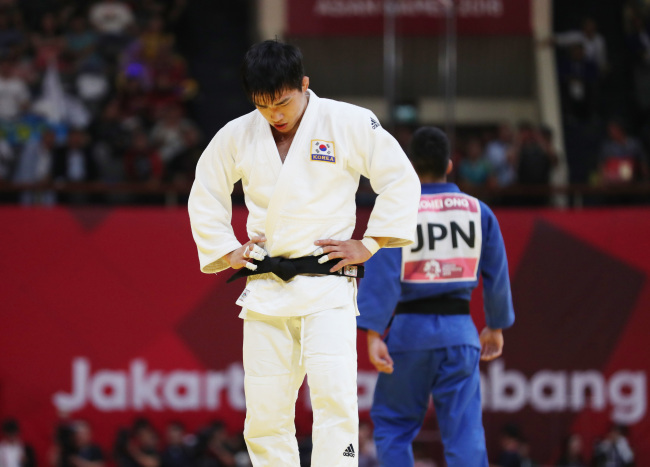 An has now lost all of his five matches against Ono.

An is the first of two South Korean finalists in judo. Kim Seong-yeon will go for gold in the women’s under-70kg event. (Yonhap)