The announcement was made by Amblim Partners, a US film company headed by legendary director Steven Spielberg, on Sunday to mark National Dog Day in the US. It said the singer-turned-actor has been cast as onscreen character Trent in the upcoming movie, a sequel to last year’s “A Dog’s Purpose,” a heartwarming family film that used a dog’s perspective to display life values. 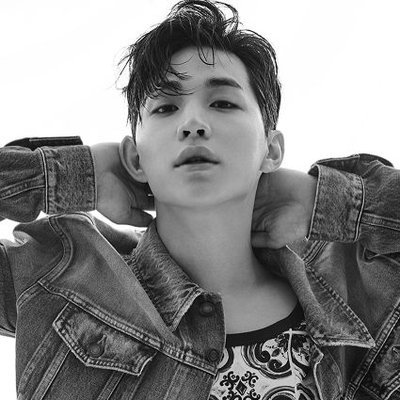 (Henry`s Twitter)
“A Dog’s Journey” will follow in a similar format, featuring a dog that discovers the meaning of his own existence through the lives of humans.

The flick will be helmed by Gail Mancuso, who is known for hit American TV comedy “Modern Family,” and star actors like Helgenberger, Betty Gilpin and Kathryn Prescott.

While not much is known about Henry’s role in the movie, his Hollywood debut marks a significant milestone for the former idol star’s budding acting career. After parting with his longtime agency S.M. Entertainment and Super Junior-M in April, Henry has been deeply engaged in acting, attending the Shanghai International Film Festival for his role in Chinese movie “Double World.”

“A Dog’s Journey” will be distributed by Universal Pictures in the US and select international territories.