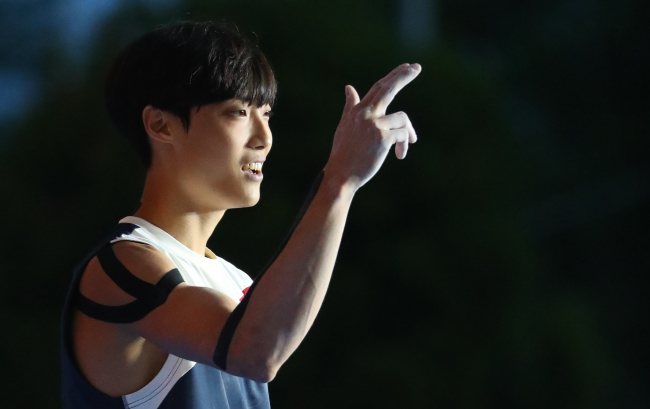 In the combined event, the climbers' ranking positions after speed, bouldering and lead are multiplied, and the one with the lowest total wins.

Chon was first in bouldering, second in speed and third in lead.

Kokoro Fujii of Japan got the silver medal with 15 points. He was first in lead but third in bouldering and fifth in speed.

Earlier on Sunday, South Korea got two medals from the women's combined event, as Sa Sol and Kim Ja-in took silver and bronze.

After ranking second in speed and first in bouldering, Chon clinched his combined gold even before he took his turn in the lead portion. Even if he had finished last in lead, Chon still would have had 12 points overall. (Yonhap)