Starting at 10 a.m., 326 South Koreans from 81 families spent time with their long-lost kin residing in North Korea in their hotel rooms at the North's eastern resort of Mount Kumgang for small talks and lunch in a freer and more relaxed atmosphere. 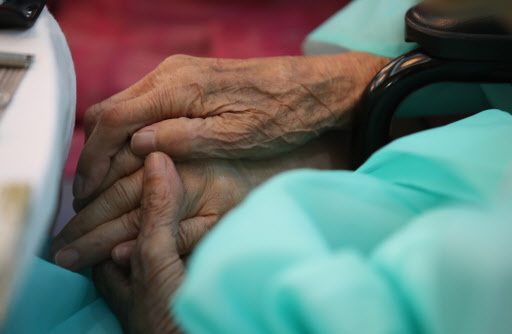 They crossed the border into the North on Friday for the first time after being separated by the 1950-53 Korean War as the second batch of families for this year's reunion event.

The first round of reunions, involving 274 South Koreans, ended on Wednesday after a three-day gathering. The emotional reunions were last held in October 2015.

Starting at 3 p.m on Saturday, the families plan to have a two-hour group meeting, the unification ministry said, adding that families will have dinner separately.

On Sunday, the participants will have one last chance to meet in groups, followed by a group lunch before saying goodbye to wrap up their visit to North Korea, which allowed them to spend a total of 12 hours with their families.

The reunion event comes amid a thaw in inter-Korean relations.

In April, the leaders of South and North Korea agreed to strive together to resolve humanitarian challenges arising from decades of division. (Joint Press Corps-Yonhap)