Typhoon Soulik exited South Korea on Friday, leaving one person missing and two others injured in addition to fallen trees, damaged buildings and power outages in southern parts of the country. The damage was not as severe as had been expected.

The typhoon had been feared to pummel the country with strong winds and heavy downpours, but the storm weakened significantly after making landfall near the southwestern city of Mokpo on Thursday night.

As of 11 a.m., the typhoon had moved to seas about 30 km off the east coast city of Gangneung and was heading eastward toward Ulleung Island and Dokdo islet, the Korea Meteorological Administration said. 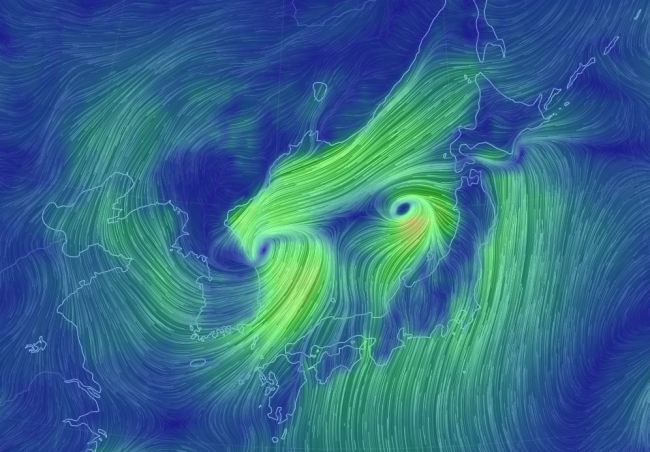 A photo shows Typhoon Soulik that passed through the Korean Peninsula by Friday. (Yonhap)
The state weather agency withdrew all typhoon-related warnings issued across the nation, except for Ulleung and Dokdo. The typhoon was expected to pass near Ulleung at about 2 p.m.

Seoul and its surrounding areas were not directly affected.

The storm nevertheless battered southern parts of the country, causing power blackouts and damaging buildings and roads. One person went missing after being swept away by waves on the southern island of Jeju, and two others were injured in typhoon-related accidents. 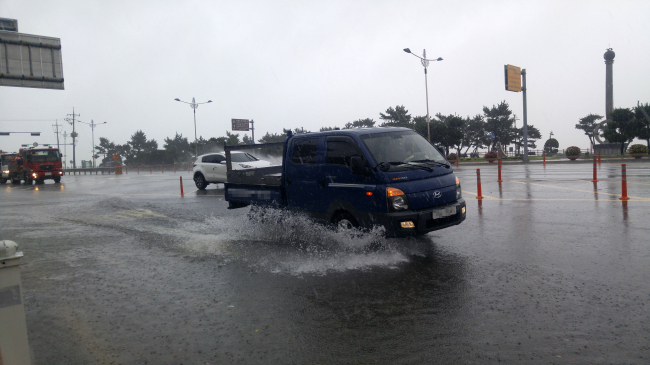 Jeju’s Mount Halla received the largest rainfall of 1,033 mm from Wednesday to 10 a.m. Friday, followed by the 305.5 mm in Jindo, South Jeolla Province and Gangjin’s 245.5 mm in the same province.

Over 26,800 cases of blackouts were reported, most of which have been fixed. The weather agency predicted rainfall of up to 300 mm in some parts of Gangwon. More than 7,830 schools, including preschools, closed for Friday. (Yonhap)