Kim made the criticism during his "field guidance" at the Myohyangsan Medical Appliances Factory, located in the country's northwestern province, according to the Korean Central News Agency.

The exact date for his trip was not disclosed. 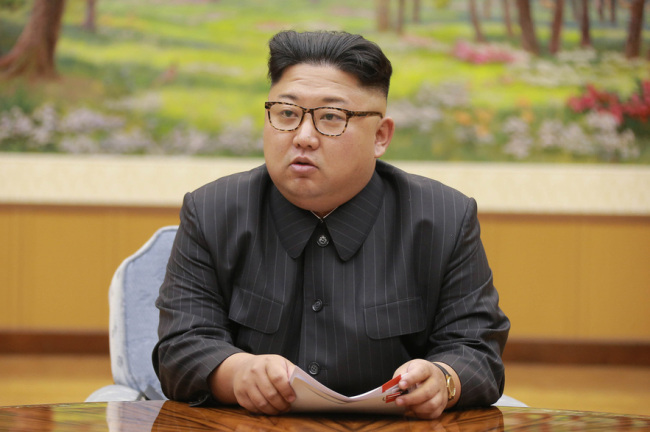 (Yonhap)
"He said he cannot but be very concerned about and disappointed by the bad situation of the factory," the KCNA quoted him as saying in an English article.

"He noted that he could not understand whether the factory was under remodeling and modernization or not and what had been remodeled and modernized as he could not see any sign of remodeling though it has been two years since the Party gave a warning to it," it added.

Kim chafed at party and provincial officials for letting the public health sector lag far behind other areas though it is regarded as critical in the health and lives of the people.

Kim added that he will "personally shoulder the burden of the work" of modernizing the factory.

Senior party officials, including Hwang Pyong-so, first vice department director of the Central Committee of the Workers' Party of Korea, accompanied him on his trip to the factory.

The factory has been operating since its opening in 1972. It was named by North Korea's late founder Kim Il-sung, the KCNA said. (Yonhap)