Special investigators on Wednesday requested an arrest warrant for Kim Kyoung-soo, the incumbent governor of South Gyeongsang Province, over his involvement in an online opinion-rigging scandal.

They sought the court’s approval to arrest Kim on suspicion of obstruction of business and election law violations.

Kim was grilled twice by the special counsel investigating the case, on Aug. 6 and 9. 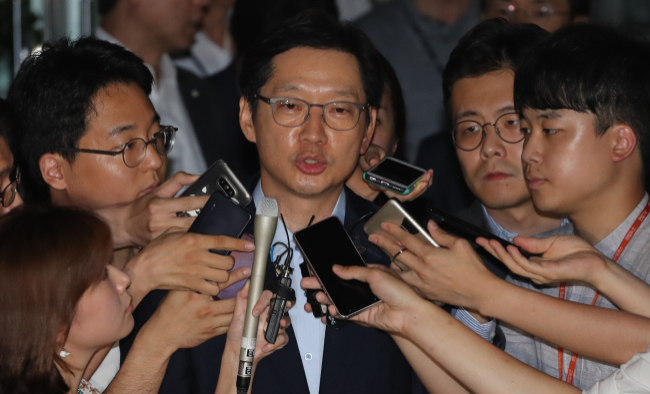 The governor is suspected of colluding with Kim Dong-won, a blogger known by the nickname Druking, to use illegal software to manipulate public opinion ahead of last year’s presidential election. It has also been alleged that Gov. Kim recruited the services of Kim Dong-won and his associates for the June 13 local elections.