The robot, dubbed Dilly Plate, was unveiled at one of its stores in western Seoul on Monday for a two-week test run, marking the first case of adopting such technology in the country's dining industry, the company said. 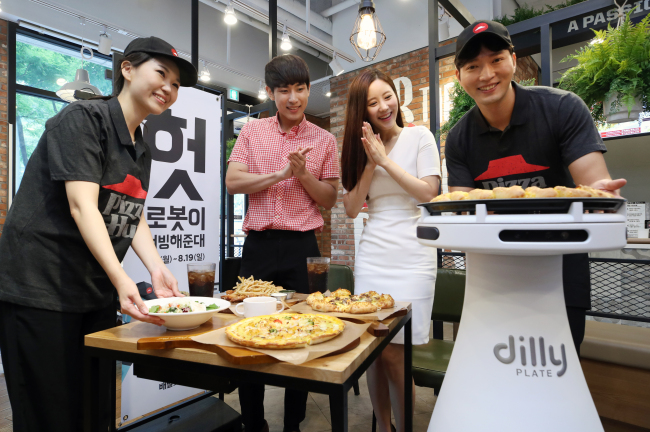 (Yonhap)
Developed by Woowa Brothers Corp., a Korean startup that operates the food delivery app Baedal Minjok, the robot can autonomously serve dishes up to 22 kilograms at once, it said.

"We will actively adopt new technologies to satisfy both our employees and customers and make various attempts in line with food tech development," Cho Yoon-sang, Pizza Hut Korea's Chief Marketing Officer, said in a statement.

Since launching its first local outlet in Seoul in 1985, Pizza Hut has expanded to 324 chains in Korea. (Yonhap)