Ryu has now positioned herself right behind Ariya Jutanugarn, who has been No. 1 since last week. Ryu was the top-ranked golfer from June 26 to Oct. 30 in 2017. 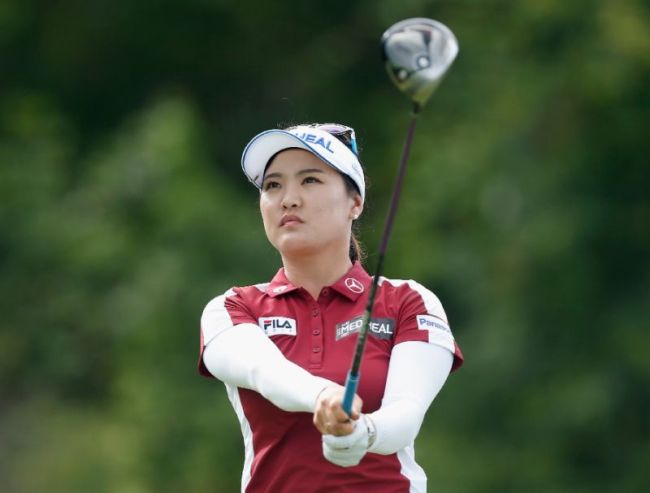 South Korean golfer Ryu So-yeon (AFP)
Ryu finished alone in third place at the Women's British Open at the Royal Lytham & St. Annes Golf Club in Lancashire, England, on Sunday, at 13-under 275. She was four strokes behind the champion, Georgia Hall.

With Ryu's rise, two other South Koreans each fell down a notch, with Park In-bee now at No. 3 and Park Sung-hyun at No. 4.

One other South Korean in the top 10 is Kim In-kyung, who went down from No. 7 to No. 8 this week. Korean tour rookie sensation Choi Hye-jin dropped out of the top 10, as she slipped two spots to No. 12. (Yonhap)