The Seoul government said Friday it has reached an agreement with Singapore to allow airlines to operate up to 14 flights a week that directly connect South Korea's southeastern port city of Busan with the Southeast Asian country.

The agreement was made during the countries' two-day talks, which began on Thursday in Seoul, following South Korean President Moon Jae-in's meeting with Singaporean Prime Minister Lee Hsien Loong last month, according to the Ministry of Land, Infrastructure and Transport. 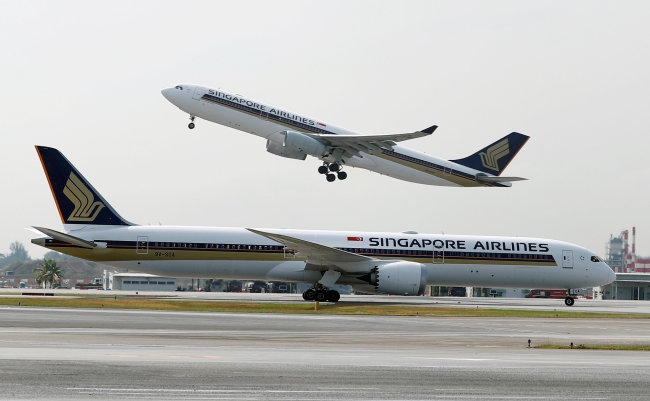 The route -- connecting Gimhae International Airport in the port city, some 450 kilometers south of Seoul, and Singapore's Changi Airport -- will mark the Busan airport's first medium long-range flight, according to the ministry.

"We expect the new route to contribute to the convenience of southeastern residents' trips and lead to expansion of the government's cooperation with Singapore," a ministry official said. (Yonhap)