The drama revolves around a character named Kang Mi-rae, who undergoes plastic surgery following hateful comments about her appearance dating back to her childhood. Starring actress Lim Soo-hyang, the series follows Kang’s university life as a transformed “beauty.” 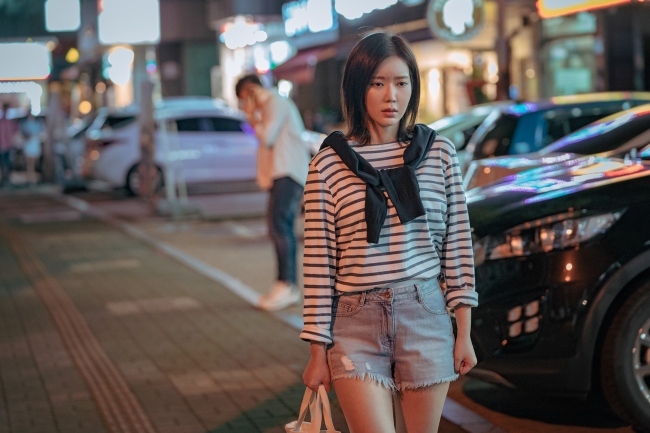 (JTBC)
In the first two episodes, the bulk of the story was about Kang’s school days, when she was supposedly hated by her peers because of her looks. However, viewers never got to see the face of the child actress playing Kang during the flashbacks. She was seen only shot from behind or in close-ups of her eyes.

Choi Sung-bum, director of the TV series, confirmed the intention of the cinematography. “Television can greatly influence viewers. Especially in a drama that deals with sensitive issues like physical appearance and plastic surgery, it is possible that people can interpret certain images the wrong way,” he said.

According to Choi, if the main character’s childhood appearance is shown on screen and framed as “ugly,” it could offend viewers with similar features. He also said it is unethical to create a fixed definition of ugliness in a drama that strives to find the real meaning of beauty.

Choi said the important message of the flashbacks is not the appearance of the main character, but her emotional distress and desperate wish for happiness, resulting in her decision to have plastic surgery.

Viewers applauded Choi for his thoughtful representation of the characters and hoped that the drama would continue to tackle prejudices in society.