According to the KOTRA report, North Korea’s export volume stood at $1.7 billion last year, a 37.2 percent fall from the previous year, and imports came to $3.7 billion, a 1.8 percent rise, during the same period. Its trade deficit rose 125.5 percent to $2 billion.

Since August, the UN has entirely banned its member nations from trading with North Korea in the areas of fiber, coal, iron ore and marine products, which are the North’s key export products. 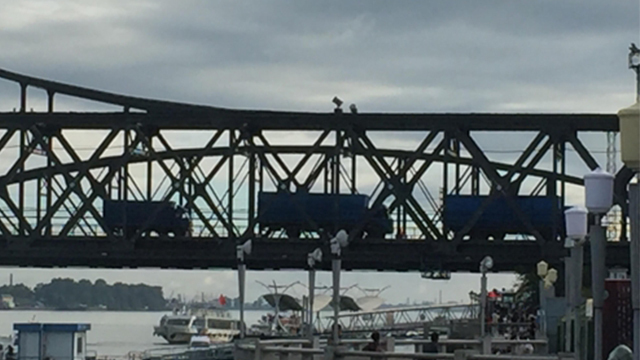 The sanctions were unanimously approved by the members of the UNSC, including China and Russia, a month after North Korea test fired intercontinental ballistic missiles twice. The isolated country has been sanctioned by the UN around 10 times since 2006.

By nation, trade volume with China, North Korea‘s largest trading partner, fell 13.2 percent to $5.2 billion during the period and its trade deficit with China increased 148.5 percent to $1.9 billion.

“We found nothing special about last year except for the decline of trade volume stemming from the UN sanctions,” said Kim Il-Kyung, project manager of KOTRA’s inter-Korean economic cooperation division.

“We will continue to closely monitor the effects from the UN sanctions on the nation’s trade,” he said.

The UN sanctions are likely to remain until the North completely dismantles its nuclear program in a follow-up to the historic summit talks among the two Koreas and with the US. Last month, US Secretary of State Mike Pompeo urged China’s Foreign Minister Wang Yi to fully enforce sanctions on the North for the sake of its complete denuclearization.

Since the changed mood on the peninsula, South Korean firms have been keenly watching the potential market, eyeing the possible inter-Korean trade and cooperation resumption, mainly in the field of infrastructure.

LS Cable & System, for instance, is reviewing businesses connecting the Inter-Korean power grid with its cable technologies. Hanwha is setting up a task force targeting the North’s possible tunnel construction with its industrial gunpowder. Steel companies, including Posco, are also weighing the North’s resource development and related investment in facilities.