According to the Korea Institute for Health and Social Affairs, the poll asked 2,000 adults across the nation to rate happiness for different age groups. 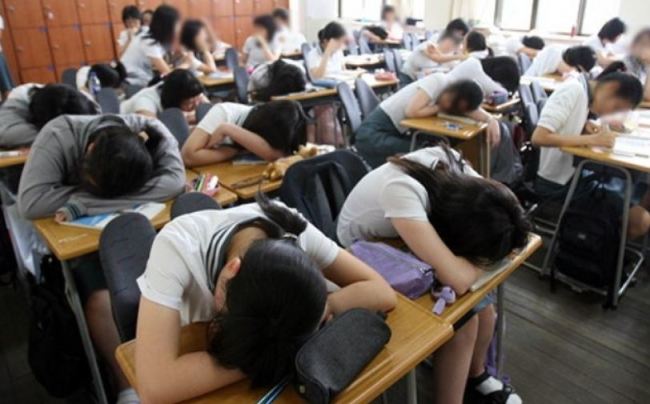 Students take a nap during lunch hours due to chronic fatigue. (Yonhap)
The findings indicated that 73.4 percent of the group think teens are either “extremely unhappy” or “unhappy,” while the remaining 26.6 percent view them to be on the happier side.

Nearly 52 percent of the respondents think young children are unhappy, while a greater proportion of the group -- nearly 60 percent -- believe senior citizens are unhappy. 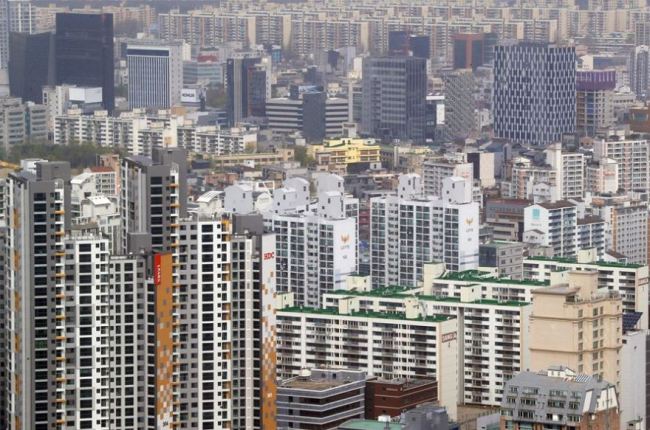 Apartment complexes in Gangnam-gu, Seoul (Yonhap)
In an effort to address the nation’s low fertility rate, the survey also shed light on the growing public concern with regards to the housing price inflation, with nearly 70 percent suggesting cheaper housing as a solution.

Surprisingly, some 7.7 percent of the group said housing prices should increase.