The stars‘ agencies confirmed the breakup on Monday, stating that the two split due to busy schedules.

The couple -- Lee, 37, and Suzy, 24 -- went public with their romantic relationship earlier in March. The two were reported to have started dating after meeting each other at an unofficial event. 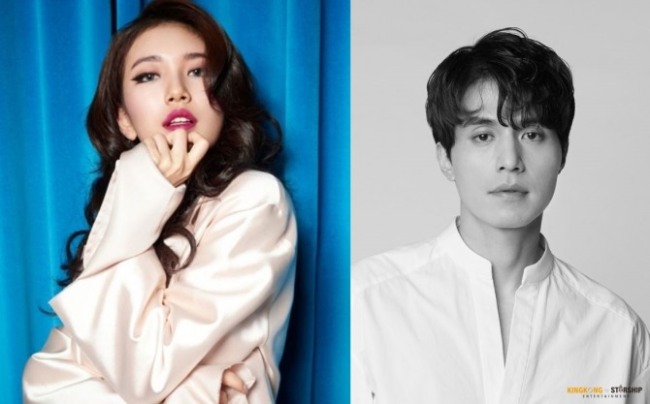 Suzy (left) and Lee Dong-wook (JYP Entertainment, Starship Entertainment)
Lee, who debuted as an actor in 1999, rose to stardom in the TV series “My Girl” in 2005. He also gained broad fame through “Guardian: The Lonely and Great God,” the 2016-2017 megahit tvN drama series. Lee is set to feature in JTBC‘s upcoming medical drama “Life.”

Having originally debuted as a member of the now-defunct K-pop girl group Miss A in 2010, Suzy made her acting debut in the high school drama “Dream High” in 2011. She made her solo debut with her first EP “Yes? No?” in January last year and released her second EP “Faces of Love” in January this year.