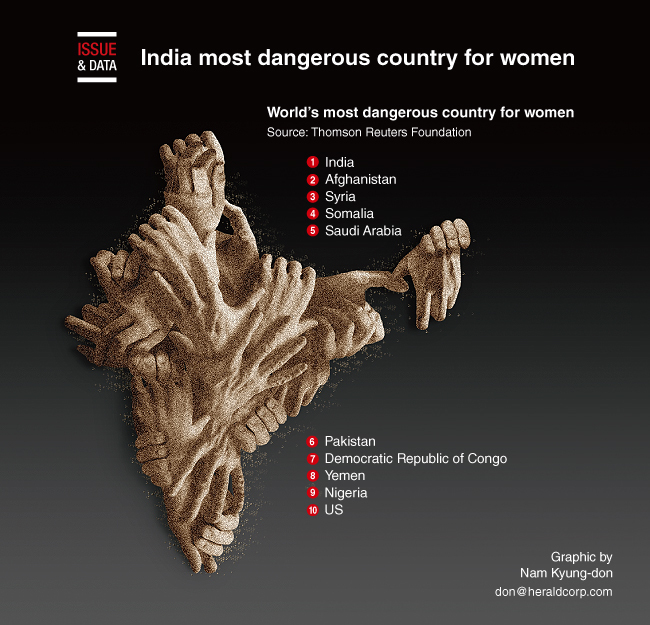 India is the world’s most dangerous country for women due to the high risk of sexual violence and being forced into slave labor, according to a poll of global experts.

War-torn Afghanistan and Syria ranked second and third in the Thomson Reuters Foundation survey of about 550 experts on women’s issues, followed by Somalia and Saudi Arabia.

The only Western nation in the top 10 was the United States, which ranked joint third when respondents were asked where women were most at risk of sexual violence, harassment and being coerced into sex.

The poll was a repeat of a survey in 2011 that found experts saw Afghanistan, Democratic Republic of Congo, Pakistan, India and Somalia as the most dangerous countries for women.

It asked which five of the 193 United Nations member states were most dangerous for women and the worst for health care, economic resources, traditional practices, sexual and nonsexual abuse and human trafficking.