President Moon Jae-in has called off his entire schedule for the remainder of the week as advised by his doctor, the presidential office Cheong Wa Dae said Wednesday, adding the president is down with the flu. 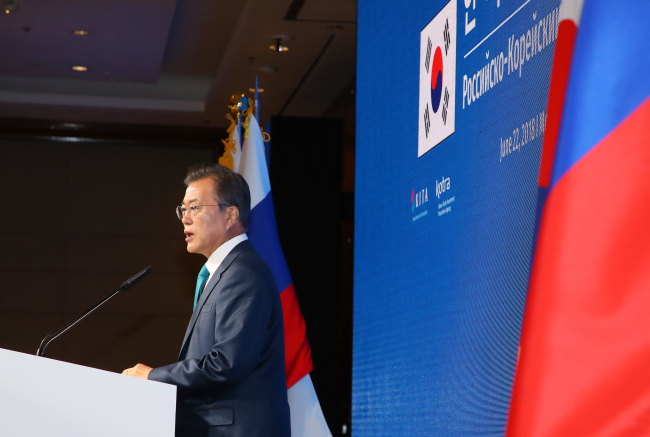 President Moon Jae-in (Yonhap)
"He has been strongly advised by his doctor to rest until this weekend, so he decided to call off his entire schedule for the week," Cheong Wa Dae spokesman Kim Eui-kyeom told reporters.

"President Moon has caught the flu due to fatigue and overwork following his recent visit to Russia," he said.

Moon returned home Sunday following a four-day state visit to Moscow and the Russian city of Rostov-on-Don where he watched the FIFA World Cup match between his country and Mexico.

The president called off a meeting with top government officials earlier Wednesday, prompting questions over his health, as well as suspicions about whether he was holding another secret meeting with North Korean leader Kim Jong-un.

He and Kim first met in a historic and widely publicized summit held April 27. Their second summit, held May 26, was only disclosed hours after Moon returned to his office in Seoul.

The Cheong Wa Dae spokesman said the president was currently in a stable condition and that he was simply taking a rest. (Yonhap)