Mercedes-Benz's recall -- set to begin Friday -- affects 8,929 units of 25 models produced between November 2011 and December 2016 that have airbag defects, including C 220 CDI. Also included are 30 units of GLS 250d 4MATIC manufactured between March and April in 2017, which were found with defects in components linking oil cooler pipes, according to the Ministry of Land, Infrastructure and Transport.

Another 2,598 units of Nissan's Altima 2.5 -- produced between July 12 and December 2013 -- found with defects in parts of the torque converter, which could cause the cars to stall while driving, are also subject to the recall, it said. 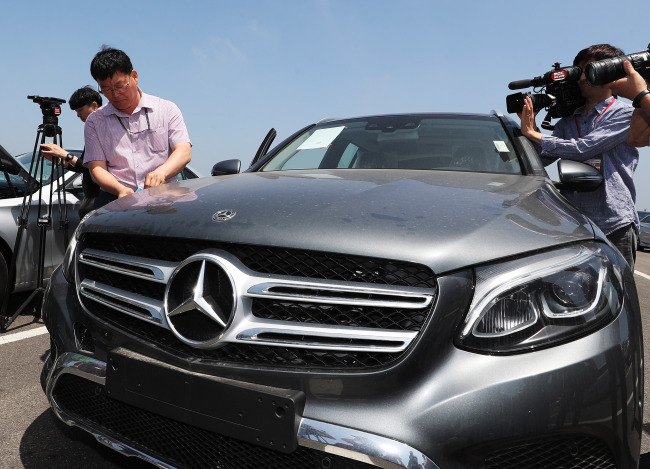 People who had the defects in their cars fixed on their own before recalls were issued are eligible for compensation from the automakers.

The ministry advised owners of vehicles to visit the recall center at www.car.go.kr to get information on the recalls.

The South Korean carmakers said they will begin contacting owners of some 390,000 units of the problematic models for free inspection and repair services starting July 27, according to the ministry. (Yonhap)